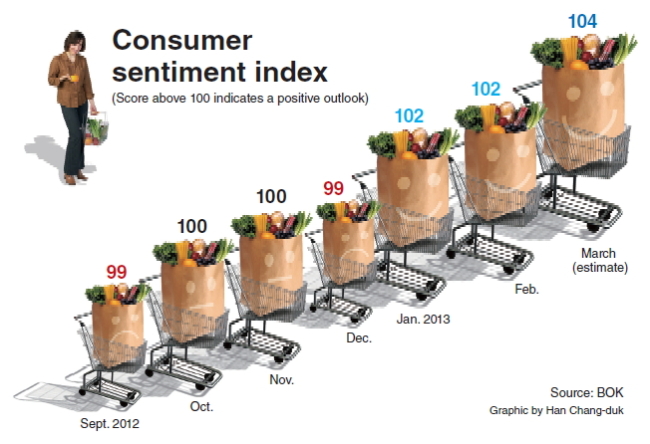 Consumers’ expectations for economic recovery in March marked the highest in 10 months, the Bank of Korea said on Wednesday.

The BOK’s data showed that the consumer sentiment index hit a record-high 104 in March, a two-point increase from a month ago.

A CSI over 100 means that consumers have a positive view of the country’s economic status.

Additionally, the consumer sentiment for expenditure reached as high as 109, implying that consumers find themselves capable of spending more money in the future.

The BOK concluded that the launch of the new government boosted consumers’ confidence in economic recovery, despite ongoing sluggish economic conditions.