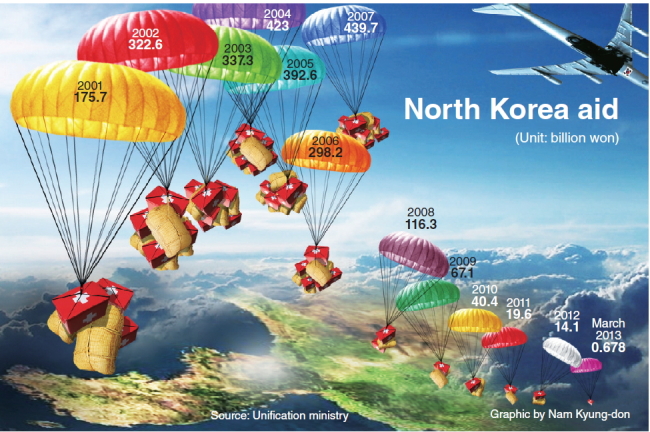 South Korea’s assistance to North Korea in 2012 fell to the lowest level in over a decade with the cross-border ties chilled by Pyongyang’s continued provocations and Seoul’s policy of linking aid to efforts at openness and denuclearization.

The Park Geun-hye government on Friday issued its first approval of humanitarian aid to the North despite heightening tension over its nuclear test. Charity Eugene Bell was given permission to deliver tuberculosis medicine worth 678 million won ($605,000) to the North, which is expected in April.

But the Unification Ministry stressed that the shipment was strictly for humanitarian purposes and should not be seen as a gesture condoning North Korea’s recent provocations.