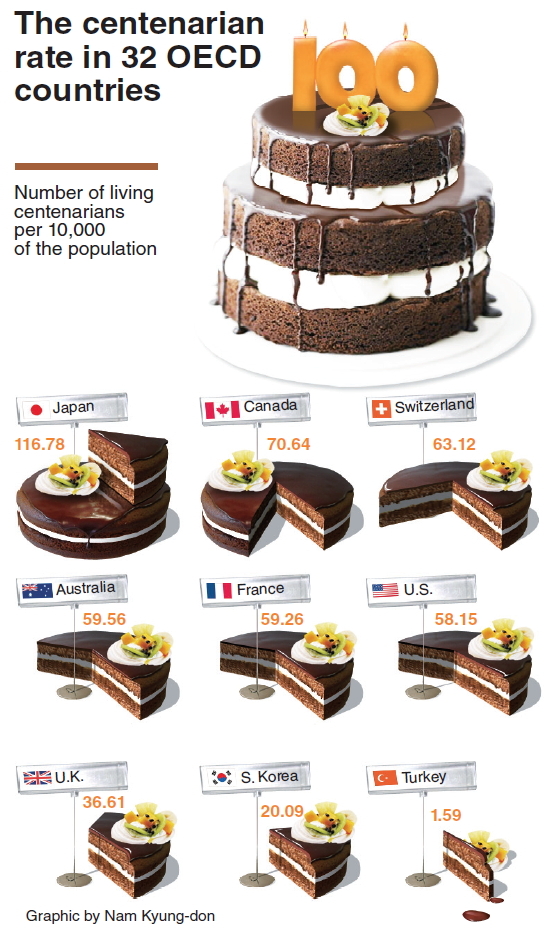 About 1 in 500 Koreans lived to age 100, a lower proportion than in most of the Organization for Economic Cooperation and Development, according to recent research.

In terms of the centenarian rate, Korea ranked 26th of 32 countries in the OECD, according to the report released by Kim Jong-in, a professor of health and welfare at Wonkwang University. Japan topped the list, proving its reputation as a “longevity country.”

“If the country wants its people to live long past 100, it will have to spend more on medical expenses and related social networks,” the professor said.