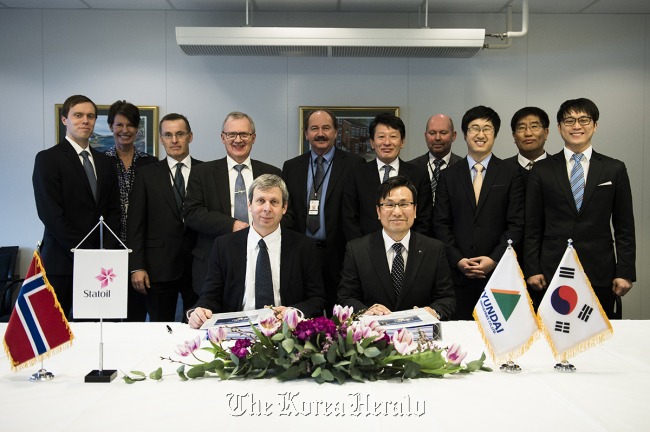 Hyundai Heavy Industries, or HHI, the world’s biggest shipbuilder, said Sunday it sealed an $1.1 billion deal with Statoil ASA, a state-run oil and gas operator in Norway, for the construction of offshore gas facilities.

This is the second time for HHI to win an offshore facility construction order from the Norwegian company.

The floating facility called a spar platform, which will weigh 64,500 tons, will be built in the Aasta Hansteen gas field in the North Sea by March 2016.

The offshore facility will have a 23-million-ton daily production capacity of natural gas and crude oil and store 160,000 barrels of natural-gas condensate, the company said.

“The company will put its sales and marketing focus on winning orders to build floating offshore facilities as oil and offshore gas development, and exploration activities are expected to rise amid decreasing inland energy source development projects,’’ Kim Jong-do from HHI said.

The nation’s top shipbuilder is shifting toward the promising offshore facility construction industry and away from shipbuilding, hit by the global economic downturn.

HHI has global leadership particularly in the construction of floating, production, storage and offloading, or FPSO, facilities along with a variety of offshore facilities.