[Voice] Should pornography be censored?

With the government making a renewed crackdown ...Should pornography be censored?

The Constitutional Court has ruled that the Constitution protects “indecent” sexual expression that does not reach the level of “obscenity,” holding that the former contains “social value.” On a day-to-day basis, however, a complex regulatory framework decides what is and is not fit for public consumption. Multiple government or semi-governmental agencies are involved in the process, including various ministries, the Korea Communications Commission, Korea Communication Standards Commission and Korea Media Rating Board. The government-run KCC regulates the overall television, radio and Internet environments, with the president-appointed, nine-member KCSC tasked with removing specific online content.

Choi In-kyeong, a clerical officer with the KCC, said that while it is ultimately up to the courts to define what constitutes obscenity, the current framework is necessary in an age of instant access to information.

“The final judgment on the obscenity of online materials is done by the court,” said Choi. “But the commission has been established separately to, first, face the rapid spread of information on the Internet, to restrict obscene materials quickly, and to supplement the time required to conclude a court decision on all pornographic materials.”

Choi confirmed that new restrictions targeting minors were in the offing.

“We are currently reviewing the revised plan which requires telecommunications firms to offer software to underage smartphone users which automatically restricts obscene materials.”

Others see a public that is increasingly wary of being told what they are allowed to watch. James Turnbull, a writer on gender and sexuality who has resided in Korea for more than a decade, said the government’s latest moves were likely to face resistance.

“In all my 12 years in Korea, ordinary Koreans have loudly and consistently complained of being treated like children by censors,” he said.

“But the censorship of movies has been considerably relaxed in recent years, and even the Ministry of Gender Equality and Family has begun to acknowledge its own excesses with music videos. So this latest crackdown actually goes against recent trends, and I expect it to face a lot of opposition.”

While acknowledging the “dilemma faced by every democracy” of protecting children while preserving adult freedoms, Turnbull lambasted the “draconian” restrictions on sexual content imposed by the government.

“With the proviso that of course the government should continue to monitor the pornography industry as a whole, to prevent exploitation and the use of minors, you have to question the government’s zeal in attacking an otherwise victimless activity, and which there is clearly a huge demand for,” he said.

“Surely the time and resources could be better spent? Perhaps on more up-to-date and effective sex-education, so people could better judge the supposed harmful effects of pornography for themselves?”

The Gender Equality Ministry has come under particular criticism from one group for its supposed attempts to suppress men’s natural desires.

“The oppressive measures on pornography by the Korean government are totally insane,” said Jae Gi-sung, the head of Man of Korea, a men’s rights organization. “It is actually seen that it oppresses masculinity and that it distorts the essentials. It is all done by the Ministry of Gender Equality and women’s organizations led by Korean feminists.”

Comparing current policies to the Prohibition in the U.S., Jae said restricting pornography was bound to lead to undesirable side effects as well as effectively labeling normal men sex criminals.

“You will understand easily if you know a bit about men’s sexual mechanism. Pornography itself can ease and satisfy men’s sexual impulses.”

But for others, nothing could be less natural than sex performed in front of cameras for voyeuristic audiences. Most major religions frown on such depictions of sexuality, including Christianity, a significant political force in Korea.

“The conservative Koreans in Korea have a tradition of puritan heritage,” said a reverend who wished to remain anonymous.

“We would like to manage our life without too much sexual desire. Pornography is kind of a distorted image of love. As conservative Christians, we are against making that kind of image to the public. ”

I believe that pornography should not be censored. Censoring pornography creates unrealistic expectations for those viewing it. Censoring anything that we see, read, hear or discuss can create more tension than if we were not to censor it.

Although parental groups around South Korea have become even more furious about children choosing to view pornography on the Internet with their cell phones, censoring it and denying consenting adults the option to view it causes legal issues. What constitutes pornography in any case? What if a woman posts pictures of her naked newborn baby on her blog? Is she a pornographer or pedophile? Hardly.

Using the “slippery slope” argument in this case can be fair, as we have seen in the past Korea’s ability to censor and jail those who flout the rules. Continuing to censor pornography does nothing to improve the nation.

However, when we come to the topic of “how to deal with children obtaining and viewing pornography” there are specific tasks that can be done to help parents. First, if the Korean government decides to, they should have phone companies offer parents a data plan for cell phones that has limited access to specific content. This means that parents have the ability to control more visited websites and those websites that are accessed can be routinely blocked by the phone company. Offering incentives for phone companies to do so would be a good step.

No matter what, choices are far better than lack thereof, and giving people the knowledge to deal with it in their own way and in their own time would create a much more prosperous society. Forcing all people to obey censorship creates resentment and can cause people to be more likely to fight against it.

Open up and educate instead of prohibit. When you tell a child “no,” for them, it can be a challenge. But when you educate them, they are less likely to view content that is destructive.

This is a freedom of speech issue that makes South Korea seem like the Stone Age compared to other democracies.

I don’t think it makes South Korea look any different from the individual states or municipalities who have already made the sale and creation (and sometimes distribution) of adult material illegal within the U.S. That said, I don’t agree with any law of the sort in any country. Expression is expression regardless of form. Don’t like it? Turn it off.

There is no credible, consistent evidence, to my knowledge, that access to pornography increases the number of sex crimes. It may even reduce it. Of course, pornography promoting or condoning sex crimes should be censored, but otherwise people should have access to whatever helps them in their pursuit of happiness. Sex is just another part of life, not something dirty and sinful. We should listen to the voice of reason and not those of religious conservatives.

Pornography is not art or “free expression” and should be limited to keep it away from children. Child pornography should be banned. There should be reasonable laws about not allowing children to view Internet pornography.

Yes, pornography should be censored. It’s a damaging influence on young people.

Kim Bo-ra and Yoon Song-won contributed to this report. ― Ed. 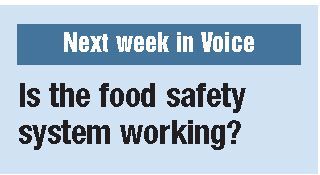