Getting stories out into the world

The 1981 novel is Han's exploration of spirituality, dreams, death and local shamanism, told through the story of a Korean housewife and her relationship with others ― including her ex-boyfriend and his current wife. The book was translated into English in 1983 and is said to have been considered by the Nobel Committee for Literature in 1993.

After being translated into eight different languages, its ninth foreign-language edition ― Swedish ― was published in the country in October of last year. And the piece has been receiving positive reviews from the local media in Sweden. 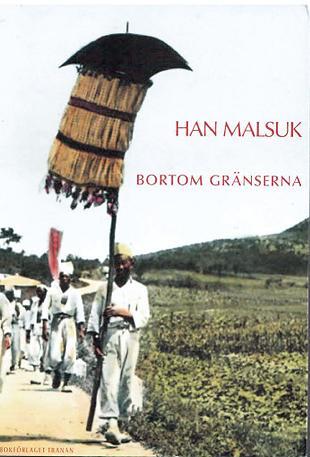 “The novel by Han Mal-sook is a beautiful and important work that broadens the image of East Asian literature,” wrote Knivstabygden, a newspaper in Sweden.

“This is the novel that I am most fond of,” Han told the Korea Herald during an interview on Oct. 26.

The 80-year-old, who made her literary debut in 1957, is also famous for her marriage with renowned gugak musician Hwang Byung-ki. The couple has been living in their two-story house in Ahyeon-dong, northern Seoul, for some 40 years. While Hwang uses the upstairs as his music studio, Han occupies the ground floor for writing.

“It's sort of unfair,” said Han, laughing. “The bedroom is downstairs, so is the kitchen. Hwang has the upper floor of the house all to himself. But I share the space with him whenever he needs to eat and sleep.”

Hwang, 75, is one of the foremost players of the gayageum, a 12-string zither with silk strings. Though he majored in law at Seoul National University, he devoted his life to gugak, Korea's traditional music, and gayageum. The professor emeritus of Korean music at Ewha Womans University has toured around the world giving performances.

But Han says while she appreciates his music, her literary works have never been affected by it. “Well it sounds nice,” she said, laughing. “But really, it does not really affect me or my works.”

Han also shared life-long friendship with the later author Park Wan-suh, who passed away last year. They became friends while attending high school in Seoul, and both continued their studies at Seoul National University. “We read so many books together in high school,” said Han. “Like Tolstoy and Dostoevsky. We were very different from each other. But somehow we liked each other very much.”

Han fondly remembers talking to Park on the phone, which very often “relieved her stress.” “She was very down to earth,” said Han. “She was very humble and always treated people nicely.”

Though Park is mostly famous for her novels and short stories, Han said she prefers her friend's essays. Her favorite piece is one in which Park talks about the loss of her husband and son in 1988, and how time heals grief. “Her life was often very tough,” Han said. “And her essays really capture the essence of our lives.”

Han is currently working on a short story, which is scheduled to be published early next year. It is about a woman who goes to a temple wearing a gold necklace, and is told by a Buddhist monk that the necklace would only bring her misfortunes and unhappiness.

“I only write stories when the ideas come to me,” Han says. “So I don't write a lot of stories. But when the stories are with me, I have to write them out. Otherwise I get physically ill.”