With the Internet’s ever more important place in everyday life, a newspaper group’s power can be judged not only by its print circulation, but also by the number of people who read and comment on its articles online. 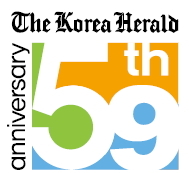 To find its footing at this crucial time, The Korea Herald has tracked mobile-oriented trends and made innovations to stay ahead in the race.

Under a “digital first” strategy, Herald Media CEO and publisher Lee Young-man has carried out a project to renovate the website and expand media platforms since he took office in April.

The journalist-turned-CEO stressed that readers now expect to have the whole world at their fingertips via their smartphones and tablet PCs.

“Nowadays, people want to gather up-to-date information on the go, which means that media groups should push the space and time limits of print newspapers through multiple platforms,” Lee said.

He pointed out that the transition to digital offers numerous opportunities for Herald Media.

“Even though many subscribers of traditional newspapers turned away hastily and moved on to online news, the advantages of print still can’t be ignored. At the same time, the company will focus on online and mobile sectors which have grown rapidly and have the potential to become even bigger,” he added.

As a veteran journalist who has worked for more than 30 years in the local media Industry, Lee emphasized that the time has come for reporters to adjust their mindset toward online opportunities.

“To strengthen the online presence of the company, reporters should embrace the upheaval with an open mind to new approaches and the use of social media tools. The company will constantly expand support for the online newsroom,” he said.

Acknowledging that “online users tend to visit websites displaying various visual content and that have a minimalist design that allows them to explore with no distraction,” the CEO said that, “For that reason, we will eliminate excessive online advertisements for the benefit of the reader and redesign the page layout and navigation.” 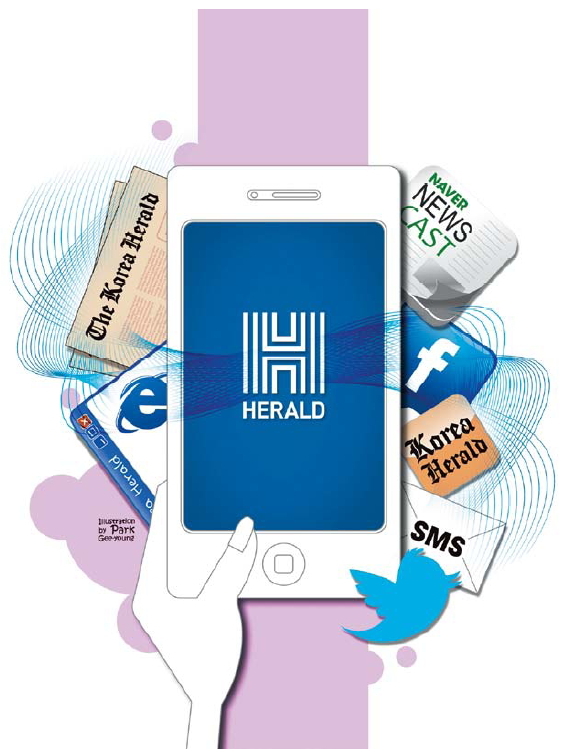 The Korea Herald has expanded its news platform from online and mobile to diverse media such as social networking services.

On July 9, the country’s biggest English-language newspaper launched a new application for Android smartphones amid great demand from customers and Android’s surge in the mobile market.

The app, based on the editorial, education and design know-how of The Korea Herald, is not just about news, but comes with useful English educational content. It is the first news app in Korea that fully incorporates educational content, suiting the needs of users who want to combine the news-reading experience with English learning.

As part of the revamp project, The Korea Herald is currently renewing its website, aiming to create a user-friendly environment which will consequently enhance the Internet accessibility to the sites.

After renovation the website is expected to illustrate the company’s resolve to continue to pursue innovation for its online services in a way that reflects the fast-changing trends in the news media industry both at home and abroad.

As the nation’s No. 1 newspaper in terms of circulation, the whole process of the renovation is carefully planned to meet the needs and convenience for news consumer.

“It is a challenging mission. From the early stage of information architecture of the renewal project, The Korea Herald’s site invites much consideration. The needs of readers are more various than any other local news sites since they are divided into several groups like people who already have a good command of English and those don’t, and foreigners who live in the country and abroad,” said Goh Sung-hoon, the company’s web planner who is in charge of the project.

“Hence, web developers and other IT staff set a goal to optimize usability by analyzing readers’ news consumption patterns in order to satisfy needs for all.”

The Korea Herald has been undergone constant updates and upgrades of its system. In 2010, the company adopted a “content management system” designed to manage news articles and photos and distribute them to different platforms efficiently.

Thanks to the persistent efforts, The Korea Herald’s website ranks first among English-language media in Korea as of Aug. 7 and over past 10 weeks, according to rankey.com, an online rank-tracking site which has more than 300,000 research panels.

The astounding success in cyberspace was initiated by its brand recognition and bolstered by delivering its own produced articles to top search engines abroad such as Google and major Korean portals such as Naver.

The country’s biggest portal, Naver, runs a massive news section, and a selection of articles by The Korea Herald are displayed on the main page of Naver.com, boosting the paper’s exposure to mainstream Internet users.

In an effort to get one step closer to its readers and potential customers, The Korea Herald opened its own social networking pages such as Twitter account (@thekoreaherald) and Facebook (facebook.com/thekoreaherald) which are now collectively followed by more than 12,000 users.

To boost audience participation, The Korea Herald’s Voice page, which is the paper’s first-ever entry in the debate genre, took initiative by gathering relevant opinions submitted by readers online such as via email and social networking and publishing them on pages of Tuesday’s print editions. Readers engage in selected topics and exchange their own thoughts on the issues Korea faces.

By using English as its main language, the company gets to hear the voices of foreigners residing in Korea and those abroad. This helps The Korea Herald to reflect diverse perspectives and play the role of a bridge between Korea and the world.

The Korea Herald also introduced the country’s first English mobile news alert service named “Herald Topic” in 2010. The service sends three short text messages a day in the form of an English headline and the Korean translation of a key word, a format aimed at students and businesspeople who want to learn English through real-time headline updates.

In 2012, a longer version of the SMS service, LMS, was unveiled. The service delivers part of an article covering the day’s key issue. Currently, thousands of subscribers receive the text message service.