[VOICE] What should schools teach about sex?


In a country where sex is not to be spoken about, it is no surprise that sex education in schools is a sensitive issue. Deciding what content is both relevant and appropriate is invariably contentious.

The Ministry of Education, Science and Technology currently requires all schools to provide 10 hours of sex education per year. Nevertheless, teachers can be reluctant to broach the subject, with some educators reluctant even to mention sex at all. It is inevitable, then, that the usefulness of such classes has been called into question. A 2007 survey by AHA! Sexuality Education and Counseling Center for Youth in Seoul found that almost 44 percent of teenagers found the sex education they had received at school to be neither practical nor helpful.

“Current sex education focuses on virginity, which is not an interest of students,” said Cha Chi-young, a professor at the division of nursing science at Ewha Womans University. “They want practical information, but the sex educators are not giving the information they want. As a consequence, most students are getting information from the Internet. It is highly likely that the students get unreliable information.”

Sex education in schools begins in fifth grade, with classes including information about reproductive health and gender roles and equality, according to a spokeswoman for the Education Ministry. Later classes from sixth grade through high school address sexual assault prevention, prostitution, AIDS, contraception and how to cope with sexual urges.
“The school education is not about sexual activity, but the concept itself. A healthy concept of sex and gender culture is the objective, so it includes both contraception and abstinence,” said the spokeswoman, who added that the ministry had no immediate plans to revise the curriculum.

Statistics show that significant numbers of teenagers are sexually active, despite Korean society’s conservative norms. Close to 9 percent of high school students have experienced sexual intercourse, according to figures for this year from The Ministry of Gender Equality and Family, continuing a steady rise in the number of sexually active teens.

Studies also suggest that most sexually active teens do not use contraception ― just under 60 percent according to a Korea Centers for Disease Control and Prevention report from 2010. Sexually transmitted infections are far from unheard of: In one study of more than 1,500 people aged 20-59, 5.58 percent had Chlamydia. Births outside of wedlock have also risen in recent years, although Korea’s proportion remains the lowest in the OECD, at about 1.6 percent of total births. In the U.S., by contrast, more than half of births are outside of marriage.

President-elect of the Korean Association for Sexology and Chonnam National University professor Youn Ga-hyun has seen Korean society become increasingly liberal in its attitudes to sex in the last two decades.

“I dealt with the sexual issues as a part of ‘Introductory Psychology’ in the late 1980s (in university), but began to teach ‘Psychology of Human Sexuality’ course from the year 1990. At that time when I began to teach it, most students were very passive in the class. No students tried to ask a question to the instructor, and even they were afraid of being asked any question from me. However, several years later I realized that there had been significant differences in attitudes toward sex between former students and new students. The newer students were, the more liberal attitudes they showed,” Youn said.

The biggest single failing of the current education system, according to Youn, is its failure to tackle entrenched gender inequality.

“The current main drawback to the sexuality education in Korea is that there are still too many teachers who stick to the traditional gender roles, expectations, (who) did not have any opportunity of being trained for sexuality education, and thus don’t understand the notion of gender equality.”

The double standards at the heart of many Koreans’ attitudes to sex can have devastating consequences, said Cha.

“Sexual double standards cause many issues. For example, scholars who have investigated sexual predators reported high sexual double standards. Korean women who are victims of sexual violence do not report the case because they are afraid of being stigmatized as having loose morals. Teenage girls have hard time saying that they want to use a condom because initiating talk about sex is not socially allowed for females,” she said.

While those double standards might be expected to be on the wane, Cha is ambivalent about the nation’s continuing sexual liberalization.

“(It is) a good thing and a bad thing. I am more leaned toward the positive side though. I believe to solve problems we need to be open, and accept that people have sexual needs. (But, on the other hand) teenagers who are too young to make decisions for themselves might be exposed to sex. They might later regret their sexual behavior.”

Morality and religious belief inevitably enter the equation in any debate on sex. The Christian Council of Korea, the country’s largest alliance of Christian churches, recently protested the Korea Food and Drug Administration’s reclassification of the morning after pill as over the counter medicine on the grounds that it can act as an abortifacient. The organization also opposed the students’ rights ordinance introduced by Seoul Metropolitan Office last year because of its clause on respecting all sexual orientations.

A spokesman for CCK, speaking on condition of anonymity, confirmed that the organization is opposed to teaching school students about the pill.

“We think life is precious, which is given from God. And then children are also a blessing. We think life is incomparable and also … a result of love,” said the spokesman.

He said that the CCK did not have an official position on sex education but that it supported married life and an “appropriate sex culture in Korea.”

With many different stakeholders with differing views involved in the discussion on what to teach young people about sex, reaching a consensus can be challenging.

Youn said it is important to involve community organizations and parents in devising sex education, rather than preserving it as the domain of the ministry alone.

“A community, such as parent-teacher-organizations, should be involved in sexuality education. School should reflect the opinion of school parents, and at the same times school should try to make the parents understand what the school does for their children.”

On the 18th and 19th of July there was a teenage sex-education camp taking place in Songnisan near Cheongju, in which 62 middle school students took part. There, they received visual instruction, and learned about sexual violence, STDs, etc. This is a good sign, but instead of sporadic camps like this, there has to be regular sex education inside middle schools.

Students should gain the rudimentary info in 6th or 7th grade (hopefully, to make it easier on the teachers, responsible parents will have taught them their “birds and bees” by then!). Serious sex education should be taught in middle school. Even going as far as putting condoms on bananas. Yes, it will make everyone ― students and teachers ― embarrassed and uncomfortable, but what’s more embarrassing and uncomfortable? Yes, kids, that’s right: a sexually transmitted disease.

Scare tactics don’t work on teenagers anywhere in the world, so should never be resorted to in the classroom. The focus should be on giving accurate information and talking about the importance of the decision of whether to have sex. When given the correct information, many teenagers will choose to wait, believing sex to be a complicated matter; those who do not wait will engage in safer sex.

Assuming the question (what should schools teach about sex?) relates to what should students learn from teachers, the answer is nothing ― unless the parents and local community specifically request such education. Even then I shudder at the quality of education likely received.

At the very least, the scientific basics. Names of things. How things are supposed to look. Destigmatize that entire aspect of their life. Take the religious aspect out of it ― leave that part up to their parents. The more uncomfortable the teachers feel about it, the more uncomfortable the students will feel about it ― the solution is to simply present the subject in terms that they’ll understand.

Also, STDs ― there should be presentations on what they look like, what they can do, how they’re prevented, etc.

How do they learn about sex, if not in school?

Deciding if the law should be tough on alcohol is a question that can get a lot of opinions because the people will want their government to establish laws in which they will be safe when driving on the road, as well as when walking. When a person drinks alcohol, it makes that person feel dizzy. If the person decides to drive and does not have a designated driver, there could be a serious accident.

South Korea’s laws when it comes to alcohol should be looked at and revised if necessary because if the laws are tougher, people will think twice about drinking. With stricter laws, the people will be more careful and they will always have someone there to drive them home so no accidents occur.

Also, if the laws do become tougher, the country will need to make sure that the rules are enforced and that people know the consequences.

Finally, there should be certain age restrictions when it comes to buying and drinking alcohol because teenagers should never drink at an early age. If a teenager wants to purchase alcohol, there should be a law that “identification will be checked for anyone purchasing alcohol.”

Students should not waste their life away by drinking alcohol; instead they should focus on their education, career, and aspirations.

So, to have a safe country, the laws in South Korea should be a little tougher when it comes to alcohol. 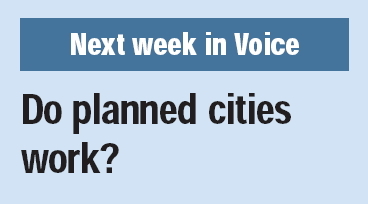