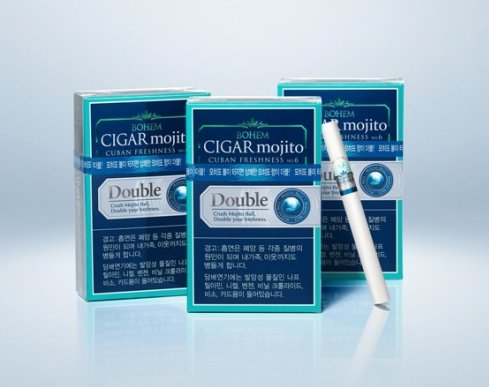 The Bohem Mojito Double is a follow-up to the company’s other menthol product, the Bohem Mojito, which has been popular with young smokers since its launch in June, claiming a 2 percent share in the domestic market.

The latest product will give an extra burst of lemon mint flavor when customers pop a small ball in the filter, KT&G said in a statement.

The Bohem Mojito Double contains 6 milligrams of tar and 0.5 milligrams of nicotine. It will be sold for 2,500 won ($2.20) a pack at convenience stores in Seoul, Incheon, Gyeonggi Province and Gangwon Province.