By Korea Herald
Published : Feb 14, 2012 - 20:25       Updated : Feb 14, 2012 - 20:27
Every Republican presidential candidate claims to be the heir to Ronald Reagan’s legacy. For years, Republican partisans have carried Reagan’s memory before them as the ancient Israelites carried the Ark of the Covenant. Just invoking his name proved your ideological purity, and would smite the dreaded RINO (Republican in name only).

Problem is, those who most fervently claim to adhere to Ronald Reagan’s principles don’t seem to understand Reagan’s greatest principle: decency.

Ronald Reagan practically has been deified as a small government, anti-tax, pro-life, all-American conservative who never compromised his principles. Like the Gipper he played in the movies, Reagan surely would have liked to score a touchdown on every play. But if he could only get the three yards in a cloud of dust, he would take it to get another first down on the way toward attaining his goals.

Ronald Reagan signed legislation that legalized abortion in California six years before Roe v. Wade. He did so because he saw that legalized abortion would come to California, either with or without his signature. To stand pat on his “principles” would have meant the legislature would have written a far more liberal bill and passed it over his veto. By staying engaged, Reagan stayed relevant and was able to negotiate the bill more to his terms.

When Reagan became president, he inherited a dispirited military ― the “hollow force” ― that had been gutted, disrespected and left to decay after the Vietnam War. He vowed to return America’s pride and strength, and rebuild our military. 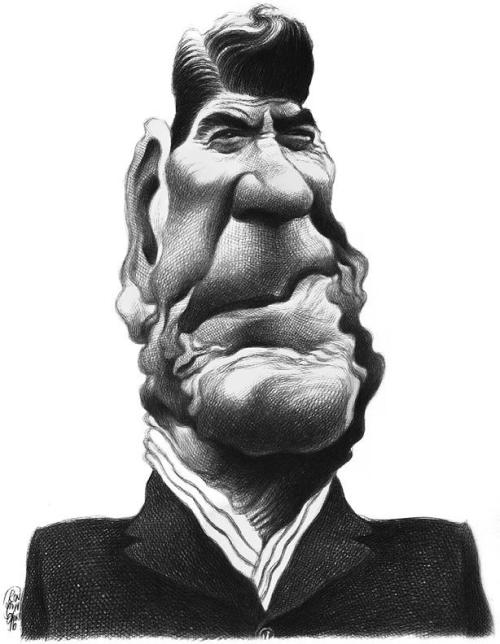 Rebuilding the military was hugely expensive. His budget needed to be passed by House Speaker Tip O’Neill and the Democrat-controlled Congress. Reagan had to support the Democrats’ priorities if he wanted his priorities funded. It meant deficit spending and in 1986 led to a substantial tax hike.

Americans saw one of the biggest peacetime expansions of the federal government since World War II. But we also gained the finest military the world has ever seen, which helped prompt the fall of the Berlin Wall and the collapse of the Soviet Union.

President George W. Bush was savaged by some in his own party for his attempt to create a guest worker program and a more rational path to citizenship for immigrants. Yet many of those same critics, who lionize Ronald Reagan’s “True North Principles,” conveniently forget that Reagan initiated an amnesty for millions of illegal immigrants.

Today, we have Republican presidential candidates attacking the free market, private enterprise and the capitalists who invest in America. One demands a halt to immigration. Others spent years on Capitol Hill or as K Street lobbyists while portraying fellow candidates as “career politicians.” All of them claim to be the true heirs to Ronald Reagan’s legacy, even as they violate Reagan’s “11th Commandment”: “Thou shalt not speak ill of a fellow Republican.”

As a politician, Ronald Reagan was a clear-eyed practitioner of realpolitik. He worked with Republicans and Democrats alike to achieve his goals, and he would take half a loaf over nothing. He knew the limits of presidential power in our constitutional democracy and respected it.

As a man, Reagan had a sunny optimism and faith in the goodness of his fellow Americans. While his political opponents disagreed with him over policy, he did not consider them his enemies. He viewed them as his fellow citizens, and right or wrong, he valued them. He was a true gentleman.

If Republicans want to honor his legacy, we should remember the man he really was ― not the myth we’ve created to advance our personal interests. If we can emulate the decency, civility, good will and patriotism that was Ronald Reagan ― and live the 11th Commandment ― we can truly honor him in the second century after his birth and make America that gleaming city on the hill that he dreamed of.

Michael Collins, a resident of Annapolis, Md., has been active in Republican politics for over a decade. ― Ed.