Lee set to be in Durban 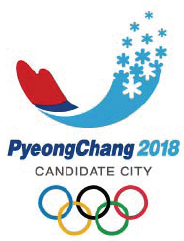 SASCOC’s Sam Ramsamy, who is also a member of the IOC, says that Lee will be present at the July 4-9 meeting in South Africa’s east coast city, where the IOC will choose the host.

PyeongChang is up against Munich and Annecy, France.

Ramsamy said German President Christian Wulff will also be present to lobby for Munich at the session, but it was still unclear if French President Nicolas Sarkozy would attend for Annecy.