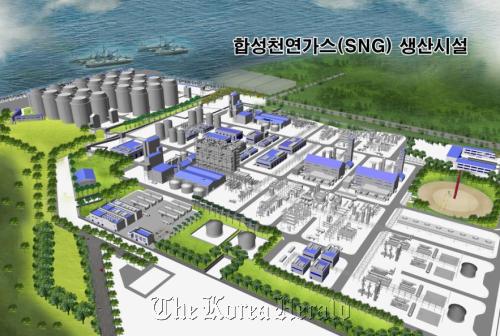 Works on the country’s first plant for producing synthetic natural gas got underway at POSCO’s steelworks in Gwangyang, South Jeolla Province on Tuesday.

Synthetic natural gas is a synthetic fuel with an identical composition to natural gas. It is produced by gasifying coal under high pressure and temperature.

The plant is scheduled for completion at the end of 2013, and will be capable of producing 500,000 metric tons of synthetic natural gas on an annual basis, the steelmaker said.

The steelmaker said that the technologies used in the plant, including the catalyst, were developed in collaboration with 11 companies and research institutions as part of the government’s new growth engine project launched in 2009.

In addition to using locally development technologies, the plant will be fitted with an enclosed silo and other features to minimize pollution, the steelmaker said.