Kim began his secretive trip to China last Friday, when his train crossed the border and arrived in Tumen and Mudanjiang. On Saturday, the second day of his visit, Kim toured a car plant in Changchun, an industrial hub in northeastern China, before passing through Shenyang and heading south.

According to multiple sources, security has been noticeably tightened around the main train station in Yangzhou in the eastern Chinese province of Jiangsu, where his late father and North Korean founder Kim Il-sung held talks with then Chinese leader Jiang Zemin in 1991.

Kim is expected to arrive in Yangzhou late Sunday, if the city is his next destination. 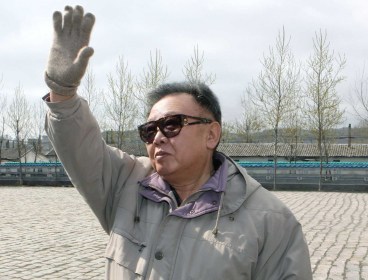 The 69-year-old North Korean leader reportedly visited Yangzhou in 2001, when he traveled to Shanghai. At that time, Kim marveled at economic progress in Shanghai, which has transformed into a major economic powerhouse after decades of economic reform that lifted millions of Chinese out of poverty.

It was not clear whether Kim will again tour Shanghai on this trip, his third in slightly over one year. China and North Korea usually confirm the North Korean leader's trip only after it's over apparently due to security concerns.

The trip comes as Kim is seeking to further strengthen economic cooperation with China and cement his plan to carry out a third generation power exchange.

China is the North's last remaining ally and benefactor and its support is widely seen as a key in maintaining stability in the North.

Kim, who inherited power from his father, has been grooming his youngest son, Jong-un, as his successor since he suffered a stroke in 2008.

He named Jong-un vice chairman of the Central Military Commission of the ruling Workers' Party and a four-star general last September in what analysts believe is the clearest move yet to make him the North's next leader.

Despite rampant speculation, it has yet to be confirmed whether Jong-un is included in the elder Kim's 70-member entourage to China.

The trip also comes amid a flurry of diplomacy to boost cooperation in the region and as Washington is preparing to send a top envoy to Pyongyang to assess the food situation.

They expressed concerns over Pyongyang's uranium enrichment program and called for the right dialogue atmosphere to revive the six-party talks on ending the North's nuclear programs.