NEW YORK ― The Metropolitan Museum of Art in New York, one of the most popular tourist sites in the city, overwhelms visitors with the size of its collections and vast exhibition space. 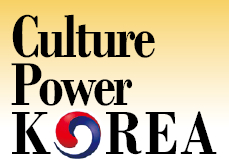 For those wishing to take a close look at a small but rare exibition in a quiet gallery rather than trying to take in several big ones in a short time, the Korea Gallery’s special buncheong ceramics exhibition will be ideal.

On the second floor at the Korea Gallery, about 60 ceramics on loan from Leeum, Samsung Museum of Art, are exhibited under the title, “Poetry in Clay: Korean Buncheong Ceramics.” It is the first exhibition in the U.S. focusing solely on buncheong ceramics’ history and their artistic appeal. Buncheong refers to ceramic ware with a gray or clay body, decorated with white.

One of the simplest ways to enjoy the exhibition is to look at how buncheong production techniques in early Joseon Dynasty (1392-1897) evolved from those of Goryeo cheongja, or blue celadon, during the Goryeo Dynasty (918-1392) in the 15th and 16th century.

The presence of the white slip is the key to determining whether it is Goryeo celadon or Joseon buncheong, according to Lee So-young, associate curator of the Asian Art Department of the Metropolitan Museum of Art.
“Goryeo cheongja’s tradition was to carve out the motif and put in the white slip. And stamps were used a little for decoration in late Goryeo but used completely for Joseon buncheong ware,” Lee said.

With the beginning of the Joseon era in the 15th century, the central government collected buncheong ceramics from kilns as a way of collecting taxes and the rising demand for buncheong at the state level led to a shortage of vessels and thefts of vessels from government bureaus.

To prevent theft, the government inscribed vessels with the names of the bureaus.

The names of the bureaus are seen on some of the buncheong ceramics at the exhibition including a dish decorated with chrysanthemums and the inscription “naeseom,” produced in the mid-15th century.

Starting in the 1460s, kiln manufacturing centers spread regionally and the use of white slip in the body became very common, Lee said.
With buncheong kilns no longer used in the royal court but producing everyday items for regional consumers, blue and white porcelain became popular in the early 16th century.

“The porcelain in early 16th century are very simple and minimalist,” she said.

With the evolution of production method, shapes, decorations and colors of buncheong ceramics became diverse.

In Korean traditional art, there are common themes such as flowers and animals inspired by nature.

The buncheong production came to an end in the second half of the 16th century, with the Japanese invasion in 1592.

For the next 400 years, Japan had a parallel history of buncheong ware after Korean ceramics wereexported to the neighboring country.

The exhibition also showcases a selection of Edo-period Japanese revival works by contemporary Japanese potters from the Met’s collection.

Visitors to the buncheong ceramics exhibition were mostly in their late 30s and up and some of them were even taking notes about the ceramics names and history.

Michael David Rohr, a philosophy professor at the State University of New Jersey Rutgers, came to see the show at The Met, after he saw a Korean contemporary ceramics exhibition at University of Michigan Museum of Art a week earlier.

“Korean ceramics are very beautiful and my first impression was that Koreans’ view of the natural world was represented in the ceramics,” Rohr, 71, said.

“I can see a wonderful command of materials of the Korean artists and it is amazing that they have carried the tradition for so many years.”

The “Poetry in Clay: Korean Buncheong Ceramics from Leeum, Samsung Museum of Art” runs through Aug. 14 at the Korea Gallery of the Metropolitan Museum of Art. For more information, call (212) 535-7710 or visit www.metmuseum.org.