Shamrocks and shenanigans in Seoul

From London to New York, March 17 sees people deck out in green ― and the Guinness flowing into the early hours.

Seoul may not have the history of Irish immigration of the U.S. or much of Europe, but that hasn’t stopped the city celebrating all things Irish in recent years. Despite the lack of obvious historical links between Korea and Ireland, much has been made of what they have in common: the experience of living in the shadow of a larger, more powerful country and a people famous for their love of song and drink.

So whether you are as Irish as a character straight out of Ulysses, have a great-great grandmother from Tipperary or just want to soak up the atmosphere, here is a roundup of what’s on offer in Seoul.

The Irish Association of Korea’s 11th St. Patrick’s Day festival won’t feature a parade this year. Instead, the focus of the main event this time around is on music and dance, centered in Seoul’s traditional district.

“This year we had a retrenching of who we are and what we are trying to do and also we are looking at what is available resource-wise,” explained IAK’s Tom Coyner, who said that sponsorship had proved tighter than in previous years. “On the other hand, to balance that out we will have not one, but two big hooleys this year,” he added.

The Insa-dong celebrations start at 11:30 a.m. on Saturday with an open-air concert in Daesung Plaza, featuring a line-up of traditional Irish music and dance, and a display of Irish sport.

Things kick off with a display of Gaelic Football, a sport unique to Ireland, followed by the U.S. 8th Army Band performing Irish marches and an opening address by Irish Ambassador to Korea Dr. Eamonn McKee.

Those who bring their dancing shoes can participate in Irish dancing later in the afternoon, and jigs and reels played on traditional instruments will give a feel of the old-style ceilis that made up a typical night’s entertainment in Ireland not so long ago.

Things are scheduled to finish up around 5 p.m., at which point those wanting to wet their palates can seek out a pint of the black stuff at one of the venues listed below. 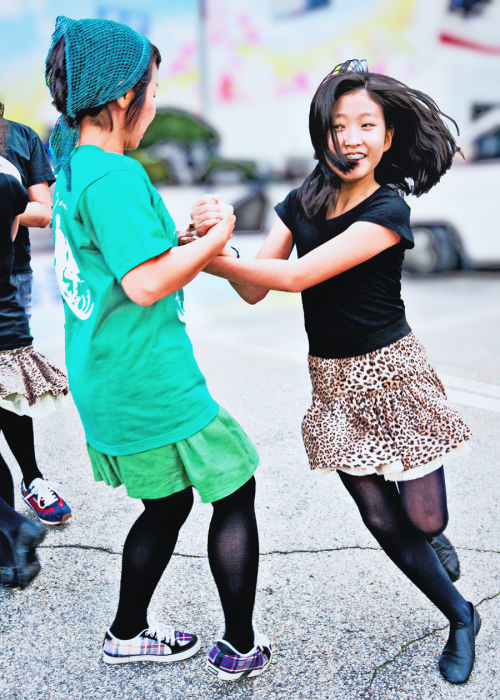 No St. Patrick’s Day celebrations would be complete without song and dance well into the night. Also organized by IKA, “The Hooley” from 6:30 p.m. at JR Bar is just the ticket for traditional music lovers who don’t fancy going home just because the sun has gone down.

Banu and Exiles will play traditional Irish music, with Erik Custer providing a dose of folk. The night comes to a close at around 1 a.m. with Irish folk rock by Fotla. Entrance is 10,000 won person and there will be special offers on drinks during the night.

Also in Seoul’s most multicultural spot, The Wolfhound Irish pub is having St. Patrick’s Day-themed nights on Thursday, Friday and Saturday. Late on Saturday, the popular Irish hangout will be screening Ireland’s Rugby Six Nations clash with England live. Expect a tense atmosphere ― and be sure to leave any white clothing at home.

Irish “trad” has its fans, but some people’s idea of Irish music is more Thin Lizzy than The Dubliners. If ― as Bono at his cheesiest might put it ― you still haven’t found what you are looking for after some Irish airs, The Dublin Terrace may be just the spot.

Not only will Fotla and Dead End Friends be on hand with Irish folk and contemporary rock, but for 50,000 won a head you can avail of unlimited drinks, including Guinness, and food. For those looking to take it a little easier, 30,000 won gets you two pints of Guinness, plus one other drink and food. Doors are at 7 p.m. Wearing green is not mandatory, but judging by past years is recommended.

If you can’t wait until Saturday, Club FF is holding its St. Patrick’s “Go Green” party on Friday ― and offering two free drinks to everyone who dons the color. Green beer will be served as bands including Blue & Blue, Cobalt Blue, Yaya, Yisun & The Moonwalkers and Ildan Junseoks provide the soundtrack.

If that isn’t enough, those with superman-like stamina can do it again at the same venue on Saturday, when a long lineup of bands will pay tribute to Irish music legends. Expect to hear U2, Ash, The Cranberries, The Script and Thin Lizzy among others. Both events start at 7 p.m. Entry is 15,000 won, with 5,000 won discount if you confirm your attendance on Club FF’s Facebook page.

The following events will take place on Saturday, March 19th at Daesung Plaza in Insa-dong

4:30-5:00 Finale — all musicians gather on stage and people dancing