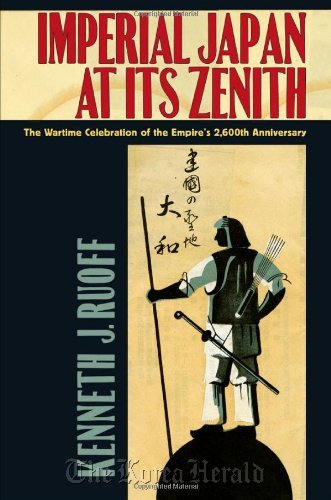 In spite of its war with China along with deteriorating relationship with the U.S., Japan was more than excited to commemorate the year 1940.

It was the 2,600th anniversary of the founding of the Empire of Japan. There were new public monuments, visual culture, and carefully choreographed, giant-scale ceremonies. Under the 124th emperor Hirohito, the Japanese celebrated the year with an enormous sense of pride.

According to the imperial myth-history of Japan, Emperor Jimmu, who is believed to be descended from the Sun Goddess Amaterasu, founded the “unbroken imperial line” in 660 BC.

Professor Kenneth J. Ruoff, director of the center for Japanese studies at Portland State University in the United States, explores such significant celebrations in “Imperial Japan at Its Zenith.” It is the first book ever written in English to talk about the 2,600th anniversary of the Empire of Japan.

Ruoff points out that the year 1940, undoubtedly one of the most climatic moments for the ideology that was central to modern Japan’s identity until its defeat in 1945, is little known outside Japan. The celebrations’ significance, however, is not because Japan rejected modernity in favor of nativist traditionalism. According to Ruoff, Japan in fact launched the specific celebrations to promote its imperial ideology and to gain support for the cult of the emperor and for militarism.

As he writes about the anniversary celebrations, Ruoff thoroughly examines the complex relationship between the homeland and the colonies; the significance of Imperial Japan’s challenge to Euro-American claims of racial and cultural superiority; the role of heritage tourism in inspiring national pride; and Japan’s wartime fascist modernity. All in all, it is a notable contribution to the modern understanding of wartime Japan. 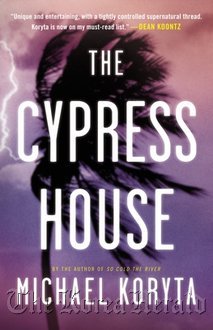 Michael Koryta grabs readers with tales of gripping suspense and just enough touches of the supernatural to keep them nervous on two levels.

Though not as deeply supernatural as Stephen King, Koryta does match King in his storytelling, creating characters that come alive.

In “The Cypress House,” his latest noir-thriller, he introduces Arlen Wagner, a laborer who served in World War I and is now trying to make it through the Great Depression.

Wagner has a talent he would rather not have: He can tell when someone is about to die. It starts with a trace of smoke about the eyes, a sign that is never wrong.

The book opens on a train heading for a work camp in Florida, and as Wagner looks around, he sees death all about him. Everyone on the train is doomed. His warnings earn only mockery from doubting fellow passengers. The exception is Paul Brickhill, a 19-year-old who has made Wagner a personal hero. Brickhill follows Wagner off the train and into a dangerous adventure in the Florida wilderness.

They end up at the Cypress House, an oddly misplaced effort at an inn, mysteriously hidden away on the deserted coast and used only by a local gangster and the corrupt sheriff who works with him.

The pair hold the county, and the beautiful Rebecca, who operates the Cypress House, in their iron control. And Wagner is someone they intend to use or get rid of.

Koryta, who specializes in crime writing with a twist, knows how to build suspense. He paints dark and dangerous times with hurricanes and murderers threatening Wagner, Brickhill and Rebecca.

His thriller is graced with masterly descriptions of the area and the pending storm that is another potential killer the trio must survive.

In his taut and atmospheric story, Koryta keeps readers guessing right up to the end on how things will turn out, especially when Wagner begins to see the signs of death in his own face. (AP)