At the shareholder’s meeting held in downtown Seoul, Hyundai E&C’s eight major creditors approved the proposal by main creditor Korea Exchange Bank that they would push for signing a memorandum of understanding to sell the nation’s largest builder to the automobile giant.

It has been reported that the proposal was passed with 98.53 percent of votes, with passage of the proposal requiring 75 percent or more.

It is expected that the creditors will sign the MOU before Jan. 15. Later, Hyundai Motor is expected to conduct due diligence on Hyundai E&C for about four or five weeks before signing a binding contract with the creditors.

The situation followed a court ruling Tuesday which supported the creditors’ cancellation of the MOU with Hyundai Group, the bidding rival of Hyundai Motor. 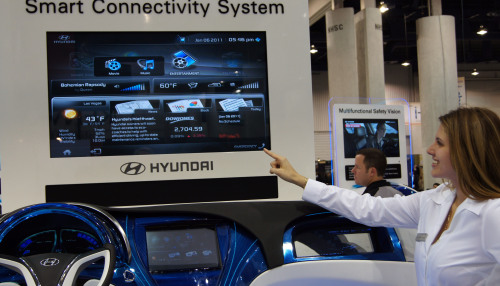 In November, Hyundai Group was picked as preferred bidder to take over 34.88 percent of the builder.

Creditors, however, scrapped the contract after the group failed to clear up suspicions about its ability to fund the 5.5 trillion won ($4.7 billion) purchase.

Hyundai Group had rejected the creditors’ demand to submit loan contracts with the Paris-based Natixis bank to verify its claim that it borrowed the money without collateral or third-party guarantees.

The former preferred bidder filed for an injunction with the Seoul Central District Court on Dec. 10 against the creditors’ decision and further requested that the court block Hyundai E&C from being sold to the automaker.

Despite the ruling, there is the possibility that Hyundai Group will file a series of lawsuits against the creditors or Hyundai Motor Group. It has already expressed its intention to appeal the ruling.

The automobile giant and its affiliates severed ties with the original Hyundai business group in 2000 when it was split into three separate operations, each owned by one of founder Chung Ju-yung’s three sons.

Hyundai Motor Group, including Kia Motors, is now controlled by Chung Mong-koo, the oldest surviving son of the founder, while his brother’s widow Hyun Jeong-eun controls the current Hyundai Group.