South Korea and the United States kicked off joint naval drills in the Yellow Sea on Sunday in an overt show of force against North Korea, which has readied its multiple launch rocket systems and apparently held an artillery firing exercise.

Led by a nuclear-powered U.S. aircraft carrier, the USS George Washington, with more than 6,000 sailors and 75 fighter jets aboard, the four-day drills began south of Korea's Yellow Sea border.

Military tensions spiked on the Korean Peninsula after North Korea's artillery attack on the South's border island of Yeongpyeong and its waters on Tuesday, which killed four people -- two marines and two civilians. The island, lying only some 20 kilometers from North Korea, was devastated by the shelling that burned forests, homes and military facilities. Most of its residents have fled to the mainland.

Just hours after the naval drills began, remaining island residents were ordered to evacuate after sounds of several rounds of artillery fire were heard from the North. The evacuation order was lifted about 40 minutes later. Officials said the sounds appear to have come from inside the North's territory during its firing exercises and no shells landed south of the border.

North Korea issued fresh warnings on Sunday, saying it "will deal a merciless military counterattack at any provocative act of intruding into its territorial waters in the future."

The Rodong Sinmun, a newspaper that serves as the mouthpiece of the North's ruling Workers' Party, reasserted that Tuesday's strike was a "legitimate exercise of the right to self-defense" from South Korea's provocation.

On Saturday, the North said the loss of civilians' lives "if true...is very regrettable" but accused the U.S. of having "wire-pulled" Tuesday's incident.

On Sunday, Dai met with President Lee Myung-bak for more than two hours for talks presidential aides said focused on the North's attack.

At the meeting, President Lee called on China to take a "responsible and fair" attitude on inter-Korean matters, aides said, apparently pressing Beijing, which has yet to publicly condemn the North for the artillery attack.

China has bristled at the South Korea-U.S. naval drills, saying they only raise tensions in the region.

South Korea and the U.S. announced this week's drills, planned in the wake of the North's torpedo attack on a South Korean warship, the Cheonan, in March that killed 46 sailor, a day after the North's artillery attack on Yeonpyeong.

The deployment of the Joint STARS system, which proved its performance in the Gulf War, was approved by U.S. Defense Secretary Robert Gates at the request of South Korea, the source said on the condition of anonymity.

"The Joint STARS system will carry out its mission of closely tracking ground targets in the North Korean military," the source said.

Along with the 97,000-ton George Washington, participating U.S.

"The intensity for the Yellow Sea drills will be higher than planned," said another official at the South's JCS. "Participating troops will conduct live-fire shooting and bombing drills."

U.S. officials said the drills are "defensive in nature," but the show of force will serve as a "deterrence" against North Korea, which has rattled the peninsula for years with its missile and nuclear tests.

On Saturday, South Korea laid to rest the two marines killed by the North's attack, with Maj. Gen. Yoo Nak-jun, top commander of the Marine Corps, vowing a "hundred- or thousand-fold" retaliation against North Korea.

President Lee Myung-bak ordered his military to boost troops and weapons on the Yellow Sea islands while toughening rules of engagement to allow the military to swiftly hit back with greater force when civilians are attacked by North Korea.

South Korea also replaced its defense chief with Kim Kwan-jin, a former JCS chairman, amid growing criticism that the military's response to the North's artillery attack was feeble.  (Yonhap News) 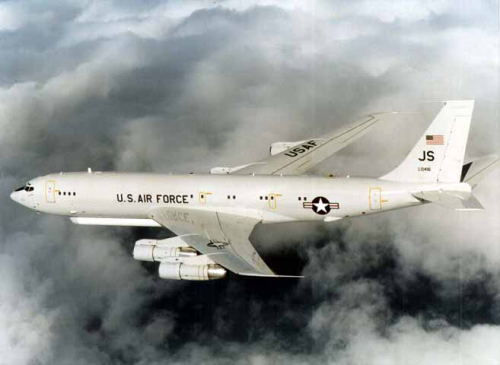 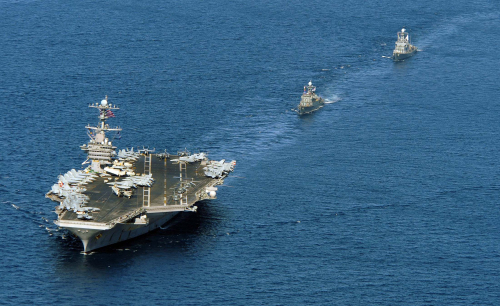