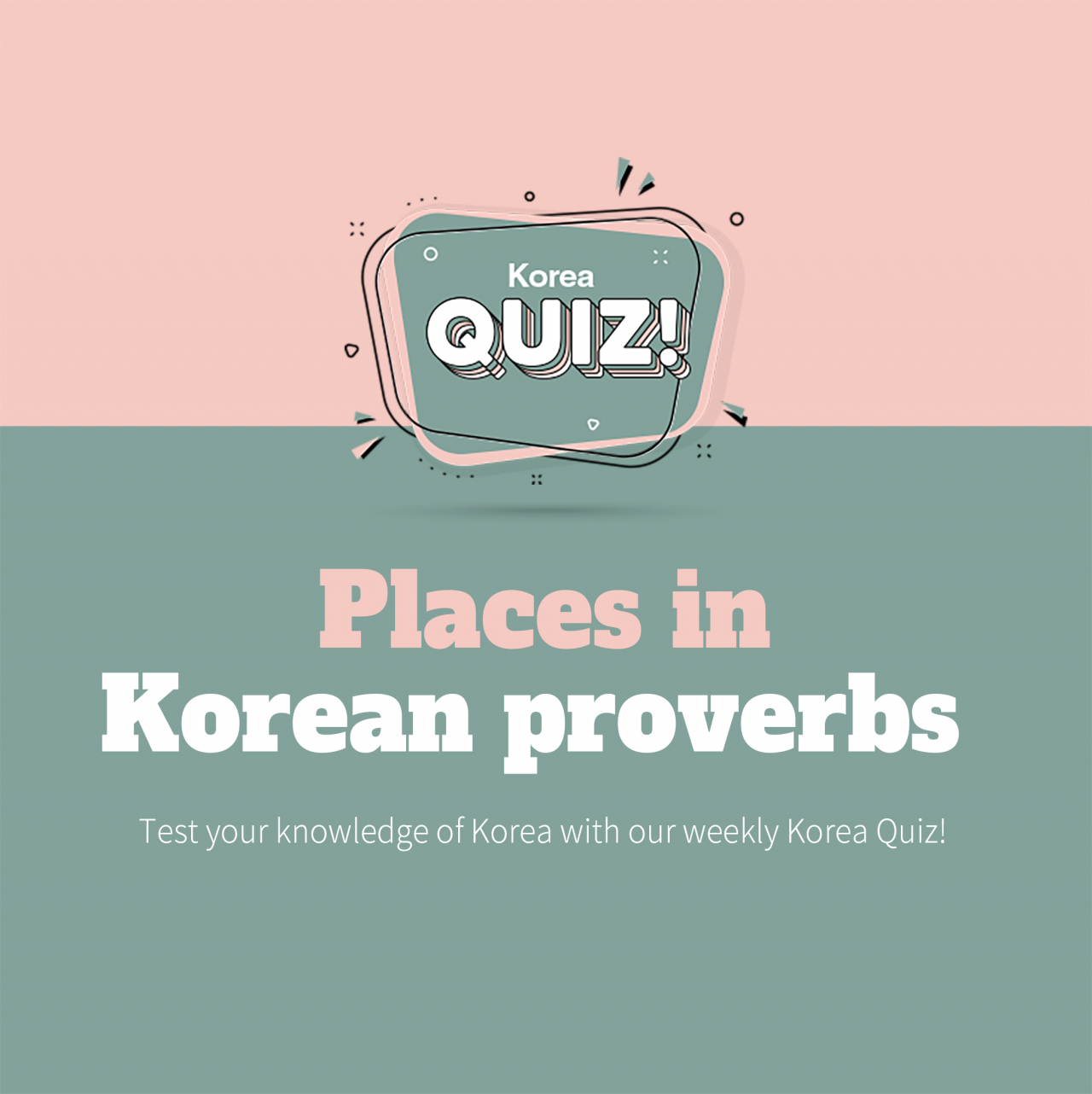 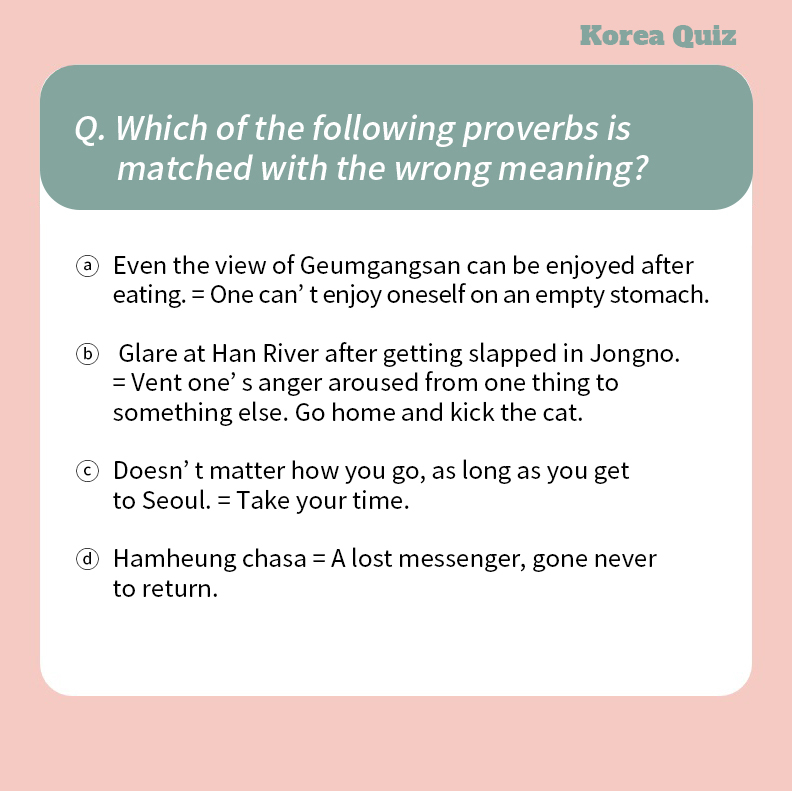 Some Korean proverbs are associated with specific places.

In “Even the view of Geumgangsan can be enjoyed after eating,” which Koreans would be heard saying in just seven syllables -- Geum-gang-san-do shik-hoo-kyung -- the mountain is used as a symbol of an awe-inspiring spectacle or an exceptionally good experience. (The last three of the seven letters are from Chinese characters which respectively mean "eating" "after" and "scenery.”)

Geumgangsan appears in other proverbs, literature and even in children’s songs as the most scenic place on the Korean Peninsula. Among contemporary South Koreans, however, there are not many who can attest to the validity of this reputation, as the mountain is now in North Korean territory.

Jongno, in the expression “Glare at Han River after getting slapped in Jongno,” is where business takes place, as it has been a central place near the royal palace in Seoul since the Joseon era. The Han River that runs through Seoul is about 5 to 6 kilometers away from Jongno.

"Hamheung Chasa," which literally means "the king's envoy to Hamheung," originates from a historical episode involving Yi Seong-gye, the founder of Joseon.

After a successful palace coup by his son in 1400, Yi retired to the faraway town of Hamheung. His son sent envoys to reconcile, but Yi had them killed. The dictionary definition of the expression is a person who goes on a journey, or an errand, and is never heard from again. In daily conservation, it is more commonly used to express one’s frustration at a lack of progress. Hamheung, also written as Hamhung, is now North Korea's second largest city.

Meanwhile, "Doesn't matter how you go, as long as you get to Seoul" is a phrase used to mean "achieving the goal is more important than how it's done."