The Korea National Arboretum is a national research institute under the Korea Forest Service, managing the Gwangneung forest which has been preserved since 1468, when it was designated as the tomb of King Sejo, the seventh king of the Joseon Dynasty. It is situated in the center of the Gwangneung forest, in Pocheon, Gyeonggi Province, surrounded by Sori Peak (536.8 meters in height) in the center, Cheonkyeomsan (392 meters) in the south, and Yongamsan (479.6 meters) in the west.

The thematic gardens were completed in 1987. There are 24 of them, including the Ornamental Trees Garden, the Flower Tree Garden, and the Wetland Garden. The gardens, covering 102 hectares, are home to 3,873 different species. The arboretum also has the Forest Museum, the National Herbarium and Seed Bank, and the Tropical Plant Resources Research Center. 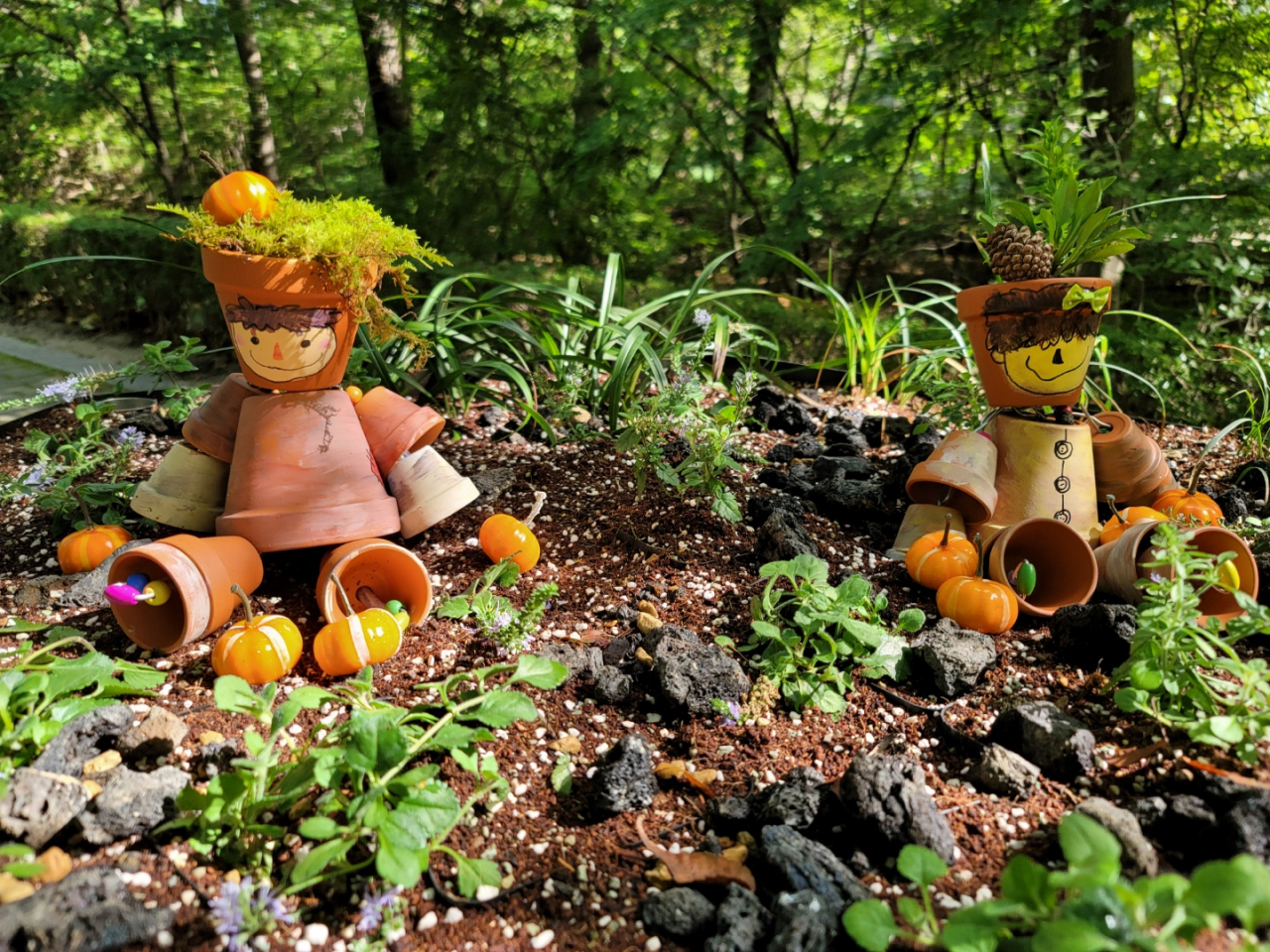 ● The ecological watchman of Gwangneung forest, fighting the climate crisis

Concerns about climate change are growing globally and the move to gather national capabilities to respond to the crisis is taking its shape. In response, the Korea Forest Service is paying attention to the role of forests in combating the climate crisis and implementing carbon neutrality.

The arboretum has been continuously compiling seasonal observation data on plants in domestic forests since 2009, together with 10 national and public arboretums across the nation. As a result, the Korea National Arboretum secured extensive seasonal observation data that is crucial for predicting the impact of climate change and understanding the terrestrial ecosystem. The information predicts the growing seasons, including the blooming dates of spring flowers and the fall foliage map. It also prepares the natural habitat conservation strategy through the seasonal monitoring of species vulnerable to climate change. Additionally, a restoration model for forest degradation, as well as research on forest genetic resource protection zone and forest wetland conservation are being developed and carried out through plant collection and reproduction studies.

In 2021, the Korea National Arboretum proved that continuous and regular gardening had a positive impact on the physical and mental health of socially vulnerable groups, including cancer survivors, mental health patients, and people with developmental disorders or dementia. The results were published in a renowned academic journal and various media delivered the news. Last year, the arboretum expanded the scope of participants to sick children, victims of crime, and health care workers suffering from the “Corona blues,” and additionally measured the participants’ biosignals. Improvements were found in all eight tools of the diagnostic test for Korean mental health -- depression, anxiety, vibrancy, life satisfaction, mindfulness, stress, loneliness -- as well as two types of biosignals -- brainwave and heart rate.

Gardening activity has a healing effect from allowing city dwellers to interact with nature. Forest or agriculture healing programs are usually conducted in the suburbs. Meanwhile, the advantage of garden healing is that individuals can participate in it periodically and regularly as part of their everyday lives. It is especially a great option for those who have poor walking mobility. Gardening activities -- such as digging the soil and taking care of trees -- improve physical condition and muscle strength. They also help to build connections with others through collaborative work. In addition, nature experiences -- caring for plants and observing animals -- bring emotional stability.

“We became confident that social disease, including national trauma and the Corona blues, can be healed through gardening activities. This is a potential non-medical health management service,” said Choi Young-tae, director general of the Korea National Arboretum.

When the Nagoya Protocol was adopted in October 2014, securing the sovereign rights over plant origin became an issue. Sadly, the names of Korean plants reflect the painful history of the Korean Peninsula, as the plant names were made known to the rest of the world more than 100 years later than those of Japan and China, and many plants had Japanese-styled names that date from the Japanese colonial period. Furthermore, it was not easy to modify the names afterward due to the nature of the scientific names.

However, the common names, which everyone can use, are different. The arboretum, together with the Korean Society of Plant Taxonomists, prepared the “Korean Plant Names Index” and gave English names to Korean plants.

The Index gave new names to native plants that have other countries’ names despite their main habitat being the Korean Peninsula or have a wide-ranging distribution. Moreover, the index also suggested pronunciations for the Korean names in English for plants that are closely linked to Korean culture and life, or special plants that are only found in Korea.

● Government support is needed for the conservation of rare plants

The arboretum has been carrying out research to conserve rare plant species. Recently, it prepared a symposium to draw synergy effects from systematic support from government policies. More than 150 officials from government agencies, including the Korea Forest Service, and officials researching the conservation of nationally protected plants, gathered to discuss policies for efficient conservation and system directions.

At the national level, many people stressed that it was necessary to develop and improve policies through the proactive application of existing laws -- the Act on the Creation and Furtherance of Arboretums and Gardens, the Forest Protection Act, and the Creation and Management of Forest Resources Act. The arboretum plans to hold shared workshops for the conservation of rare plant species and continue to develop policies while improving the system.

● The Korea National Arboretum connects with the local community

One of the key purposes of the arboretum is the conservation of the Gwangneung forest -- a complex ecosystem with high biodiversity composed of natural and artificial forests. The Gwangneung forest partners with the local community through job creation. To prevent major forest disasters -- such as forest fires, disease, and pests -- connections with the residents are needed.

However, such traditional jobs are inevitably limited. The Gwangneung forest is the best place for ecological experiences in Korea and so it is necessary to expand the arboretum’s social role.

“In the future, the arboretum’s key social role will be providing ecological experience stimulating the imagination. From such perspective, the Korea National Arboretum, a national research institute under the Korea Forest Service, will carry out its essential functions and expand its social roles together with the local residents,” Choi said.