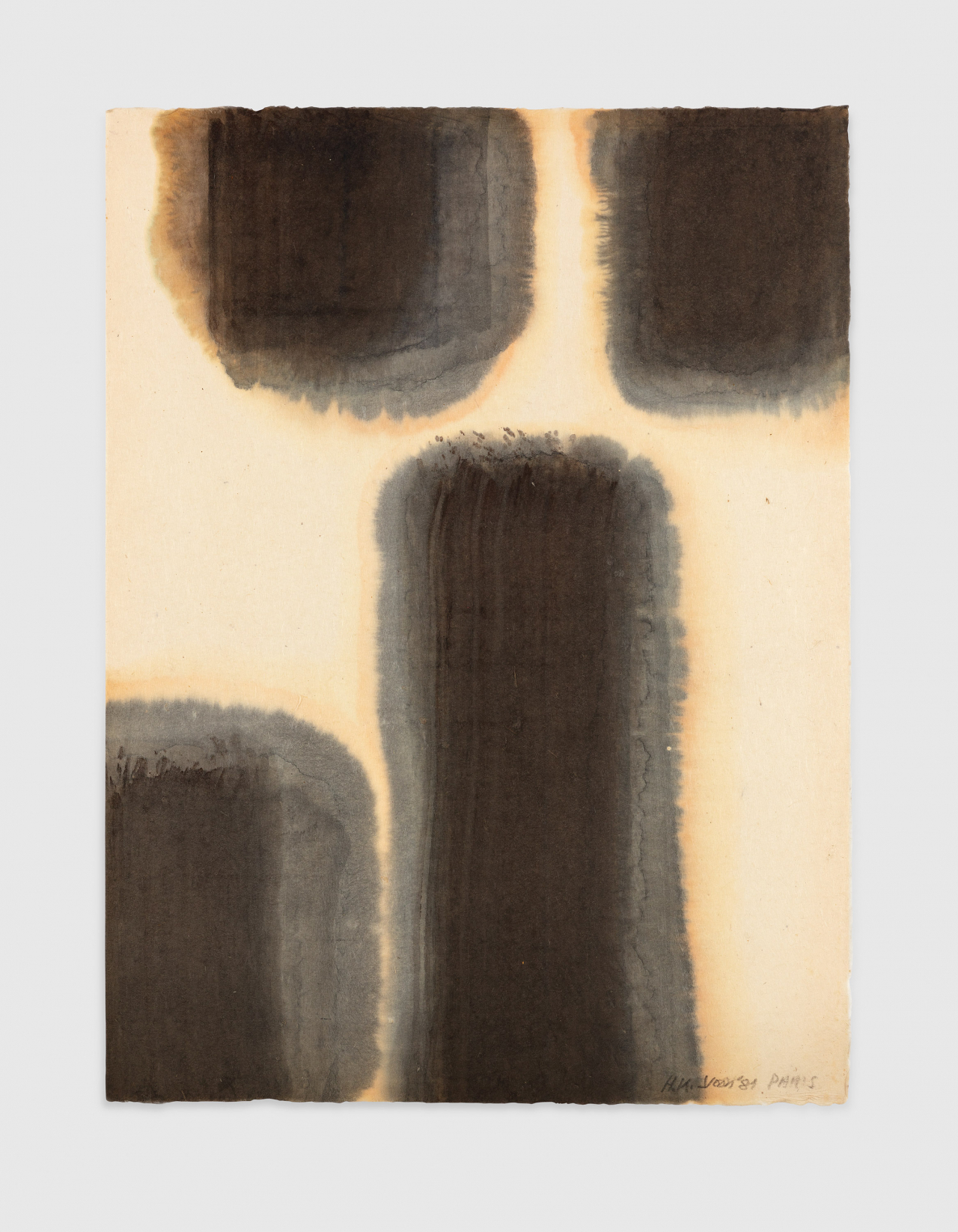 “The exhibition is meaningful as we have not shown his works in Paris since Yun's passing. The paintings on hanji have never been shown to people although they were an important experiment in his career,” said Park Kyung-mee, president of PKM Gallery, the Seoul-based gallery that collaborated with David Zwirner. PKM Gallery represents the estate of the artist.

The two galleries jointly presented the artist’s exhibition in New York in 2017 and 2020.

Yun is known for a unique style of painting that features two colors of ultramarine and burnt umber, which turned into a dark and deep color as a result of a repeated addition of layers on canvas, hemp or hanji. The dark pillars in the paintings appear upright or tilted, leaning on one another.

The artist and his family relocated in Paris in 1980 in search of peace away from the violent political turmoil in South Korea and lived in the French capital through 1982. This was the time when the artist started to explore hanji in earnest.

“Hanji feels right for my paintings because, like cotton, it feels warm, simple, and it absorbs paint well … it is produced by hand, not by machine, it has a warmth and simplicity that makes it like a work of art. Machine-made, Western-style paper cannot compete with the natural lines that form hanji paper’s edges,” the artist once said, according to David Zwirner.

Yun had lived through the Japanese colonial era, the 1950-53 Korean War and successive authoritarian regimes. His paintings of pillars remind the viewers of the artist’s agony, sadness and anger. It is widely known that the artist’s move to Paris was triggered by his anger with the military crackdown of the Gwangju Uprising in May 1980 in which civilians and students were killed while protesting against Chun Doo-hwan's military regime.

The Paris exhibition runs through Feb. 23