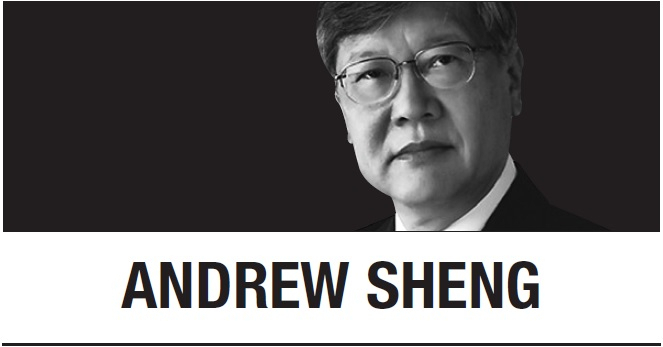 As we begin the New Year and approach Chinese New Year, we need to reflect on how to face a grimly uncertain future.

Gold prices are back up, the Ukraine war grinds on horrendously, politics are messier than ever and most analysts signal a recession ahead. The World Bank’s latest outlook sees the global economy growing by only 1.7 percent in 2023 and 2.7 percent in 2024. That’s a full one percentage decline from the IMF forecast in October 2022 for 2023 of 2.7 percent. The World Bank thinks the downgrade in growth will affect 95 percent of advanced economies and nearly 70 percent of emerging market and developing economies. The US and Europe are forecast to grow by 0.5 percent and 0 percent respectively for 2023, which I personally think is optimistic, particularly for Europe. You cannot have a war without some serious costs. Brace for tough times.

The Bank thinks that global inflation may “remain higher for longer.” After peaking at 7.6 percent in 2022, global headline CPI inflation may remain at 5.2 percent in 2023 before easing to 3.2 percent in 2024, above its 2015-19 average of 2.3 percent per annum. So, interest rates will remain elevated for longer, killing those poorest indebted economies, where total EMDE debt is at a 50-year high.

The world is now divided into three blocs: the 1.1 billion rich West (NATO plus Japan and Australasia), the 1.7 billion East (which the West classifies as Russia and China, Iran and North Korea), and the South (meaning the 5.2 billion rest of the world).

In short, the first class passengers think that the business class is taking over and is doing everything to contain them, asking the economy guys to be on their side. The South looks at this nonsensical Cold War emerging and refuses to take sides, but since the West still controls the money (even though a lot is borrowed from the rest), everyone is on a “wait and see.”

Can someone please remind the captain and chief engineer that Spaceship Earth is wasting energy and polluting Planet Earth at unsustainable levels?

Instead of trying to land, the first two cabins are committed to more defense expenditure, decoupling from each other and label anyone who disagrees with them as a revisionist or a terrorist.

The world is already spending $2 trillion on defense annually. Even without nuclear war, which would be terminal, one study suggested that the richest countries are spending 30 times as much on their armed forces as they spend on providing climate finance, and seven of the top 10 historical emitters are among the top 10 global military spenders. The latest jet fighters, missiles and aircraft carriers are all energy guzzlers and the Ukraine war shows the futility of destroying not just lives, but the whole environment.

How can the Rest knock some common sense into Spaceship Earth?

For those of us used to dealing with different cultures, using your language, history and culture to explain to another is like ducks talking to chicken. You would have thought that science and rationality is a common, universal language. The billions who have been taught science in English often find that using non-Western logic to explain their point of view to Westerners is often futile. Modernity, often equated with the West, treats non-Western points of view as at best mystic, non-empirical and therefore non-scientific or worst, inferior.

This is changing fast after last year. The Indians, like their Foreign Minister Jaishankar, are clearly leading the intellectual charge in formulating views from the South that are articulate and convincing -- don’t drag us into fighting a Cold War of your own making, we are only on our own side. The Indian motto for G20 Summit this year, which they are hosting, is One Earth, One Family One Future. No family can survive quarrels by committing mutual suicide.

The one ancient Western philosopher who can bridge almost all cultures is emperor/philosopher Marcus Aurelius (121-180 AD). His Stoic philosophy is not only worldly, but practical and personal in approach. Unlike most desk-bound theoreticians, Aurelius was the last of the Five Good Roman Emperors, who applied his philosophy to government, war and personal life and relationships. His Stoic approach views the importance of self-cultivation, self-reflection, self-control and fortitude in order to master one’s emotions so that one can have a clear and unbiased ability to do one’s duty. He does what he thinks is right, but is willing to accept that he himself may be wrong, needing to understand the other’s point of view.

Aurelius’ Meditations showed remarkable awareness that mastery requires self-discipline and exercise of unbiased judgement. He accepted change and death, humility not fame and status, and sought truth from understanding, “When another blames you or hates you, or people voice similar criticisms, go to their souls, penetrate inside and see what sort of people they are. You will realize that there is no need to be racked with anxiety that they should hold any particular opinion about you.”

For those in first class, remember that no one is entitled to first class forever. For those in economy class, we may not be able to knock sense into those in the privileged classes, but at least we can do something at the local level to make life better for our families and our communities.

Marcus Aurelius is surely correct in understanding that a good life is when you know you have enough and overall happiness is that less is more for the more, not more for the few.

I may not be able to change Spaceship Earth, but enough that I can change myself.

Happy Year of the Rabbit.

Andrew Sheng writes on global issues from an Asian perspective. The views are entirely his own. -- Ed.