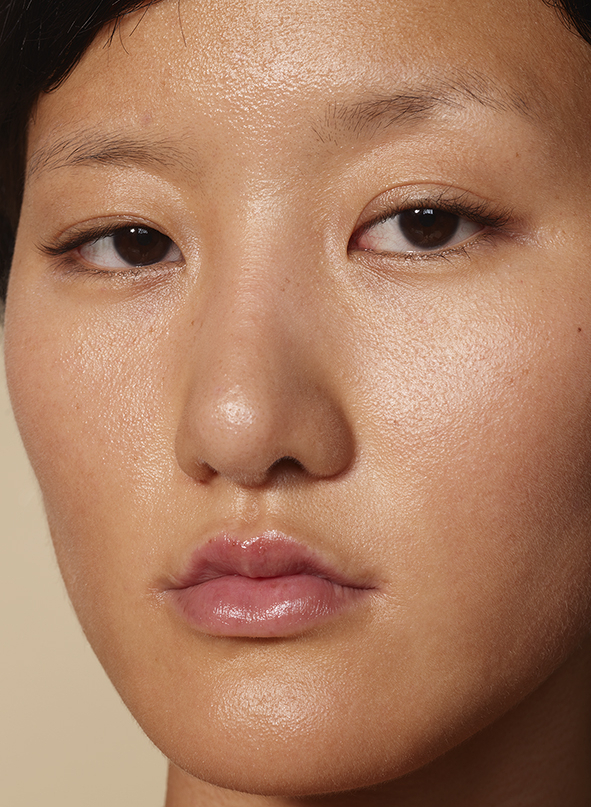 Kang and Oh use different media. Oh is a photographer while Kang uses digital technology, including virtual reality, which she has employed for the first time. While the artists’ works are quite different, they lead visitors to look both inward and outward -- to think about who you are and who they are.

On the first and third floors is the exhibition “Left Face” by Oh, in which he unveils new works that explore the people he met in the Itaewon neighborhood where his studio is located.

The faces and bodies that appear in his photography blur gender lines, possessing both feminine and masculine qualities.

Also on show are works from his photography series "Portraying Anxiety," which he began in 2006. The works focus on specific groups of people in South Korea such as middle-aged women, also known as “ajumma,” or soldiers, showing their shared anxiety.

Kang's exhibition “Post Me” takes place on the second floor. The media artist often appears in her own work, portraying herself as a digital avatar named “Lucy.” An examination of multiple self-images and identities, the exhibition raises questions about the institutions surrounding people and how they are institutionalized within historical, social and political contexts.

In “Garden of Reason,” Kang uses VR technology for the first time, which begins with pants found in the new world by Captain James Cook and Joseph Banks, an 18th-century botanist who made great contributions to establishing the Kew Gardens in London, still among the largest botanic gardens in the world.

The viewer is led to experience the virtual garden. Lucy appears as a character of indeterminate gender or race. Wearing the VR gadget, a virtual garden unfolds starting with the journal written by Bank. Lucy takes the journal afterward.

“The journal written by Bank in 1770 contains an imperialist perspective. When I had the artificial intelligence continue his journal, it was hard to objectively determine who wrote it,” Kang said. The character Lucy in the VR exploration appears with green skin and gray hair.

“You will never know who Lucy is,” the artist added.

The exhibitions run through Jan. 29.