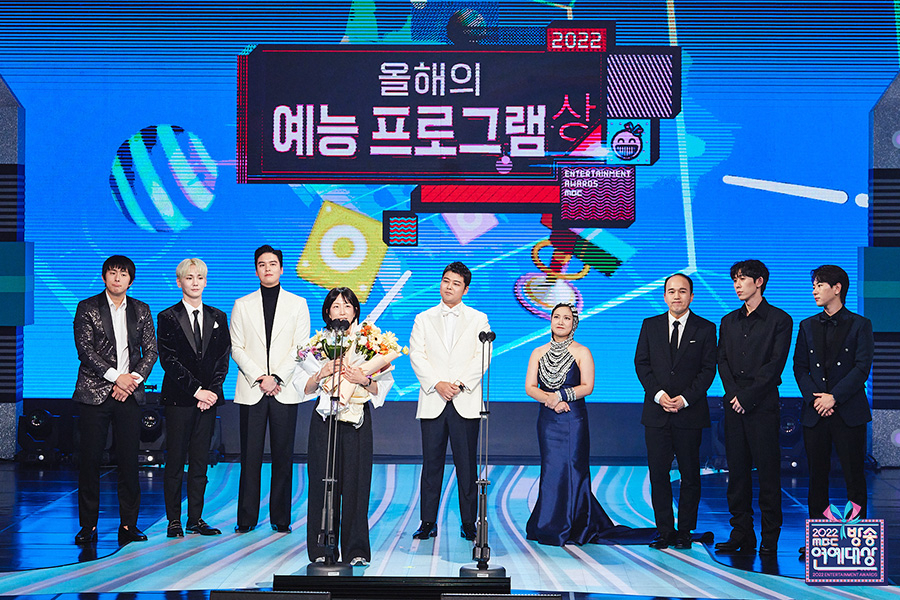 The Friday night unscripted show caught the viewers’ attention across the globe with the realistic depiction of the everyday life of its hosts and other guest celebrities, both in and outside of their homes.

According to the Gallup Korea poll on the best Korean TV shows, “I Live Alone” rose to the top slot eight times, becoming the third most watched show, followed by the country’s legendary variety show “Infinite Challenge” and TV Chosun’s music show “Mister Trot: The Call Center of Love."

"Infinite Challenge" and "Mister Trot: The Call Center of Love" came to an end in 2018 and 2021, respectively.

"I Live Alone” won the award for best variety show of the year as well.

“Our show will stay unchanged. I hope the viewers can come and watch our show, like visiting a good old friend,” TV director Heo Hang, who has helmed the reality show since 2021, said in her acceptance speech at the 2022 MBC Entertainment Award.

Amid the seemingly unending popularity of audition programs and dating reality shows, “I Live Alone” remained strong at the Top 3 chart on the weekly rankings of the most viral unscripted shows for 16 weeks, according to the analytics firm Good Data.

The show airs Fridays at 11:10 p.m. on MBC. “I Live Alone” is also available on the streaming platform Wavve.