Bestselling author of ‘The Dwarf’ leaves behind literary legacy

Bestselling author Cho Se-hui, who shed light on the shadows of the country’s industrialization and economic miracle with his 1978 novel “The Dwarf,” was laid to rest on Wednesday.

Cho passed away on Sunday at the age of 80 due to a chronic illness, his family said.

The average daily sales of the bestseller jumped eightfold for three days (Sunday to Tuesday) after the report of Cho’s death, Kyobo Book Center reported. 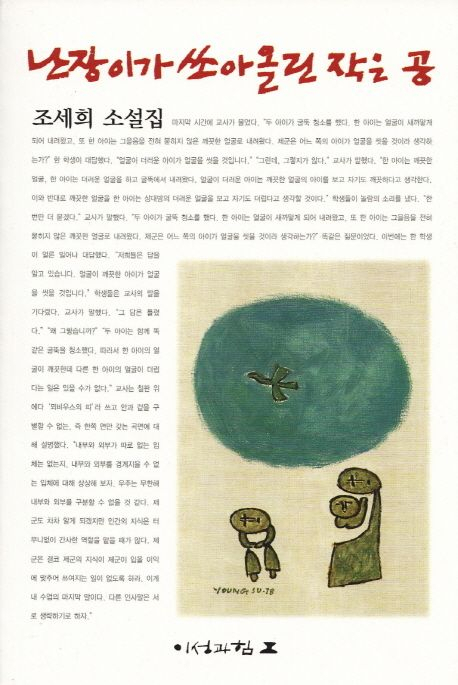 "The Dwarf" by Cho Se-hui

The acclaimed novel is a collection of 12 interlinked short stories which Cho wrote for a literary magazine from 1975 to 1978.

The novel portrays the lives of poor city dwellers who are marginalized as the country undergoes rapid industrialization in the 1970s.

Revolving around families living in the fictional neighborhood of Haengbok-dong, Nagwon-gu -- which means Felicity Precinct, Eden District in Korean -- the story is narrated by three characters: the eldest son, the second son and youngest daughter of a man with dwarfism, the eponymous “dwarf” of the book.

One day, the dwarf’s family receives a condemnation letter notifying them that the district has been chosen for redevelopment.

The book became the first Korean novel to publish its 200th edition. As of July, it has had 320 editions published and sold over 1.48 million copies in Korea.

An excerpt of the book was featured on the Suneung, or the national college entrance exam, in 2008 and in many school textbooks.

The English edition was translated by Bruce and Ju-Chan Fulton, and published by the University of Hawaii Press in October 2006.

“After the April Revolution in 1960, the major theme of Korean literature had been freedom. But with “The Dwarf,” the paradigm changed to equality, as the book introduces the story of the first generation of industrialized workers,” literary critic Wu Chan-je, professor of Korean Language and Literature at Sogang University, told The Korea Herald on Wednesday.

“In the book, different characters imply different ideas about pursuing a better society -- should it be done through legislation or judicial sanctions? Should it be through education or love?” the professor said.

“Not only did the book mark a meaningful point on the literary scene, it also has the energy to speak to readers in this time period,” Wu said, adding that it touches on environmental issues, connecting them with the income gap in Korean society.

In the author’s note, in the year 2000 edition of the novel -- 22 years after the first edition -- Cho wrote that while he was grateful that his story continued to be read, he expressed agony over how the suffering of the urban poor of the 1970s still resonated with readers in the year 2000.

“I feel that my work has been nearing its completion by its readers. If I only think about this, I could be a happy ‘writer.’ However, I feel heavy-hearted talking about the past. We didn’t have a revolution when it was needed. So we are not growing,” he wrote.

Born in Gapyeong, Gyeonggi Province, in 1942, Cho graduated from the Seorabeol University of Arts and Kyung Hee University, majoring in Korean literature.

In 1965, he debuted as a writer after winning a literary award from a local newspaper for a short story, which he wrote while his mother was sick in the hospital. He didn't publish another story until 10 years later.

Cho’s funeral was held on Wednesday. He is survived by his wife and two sons.