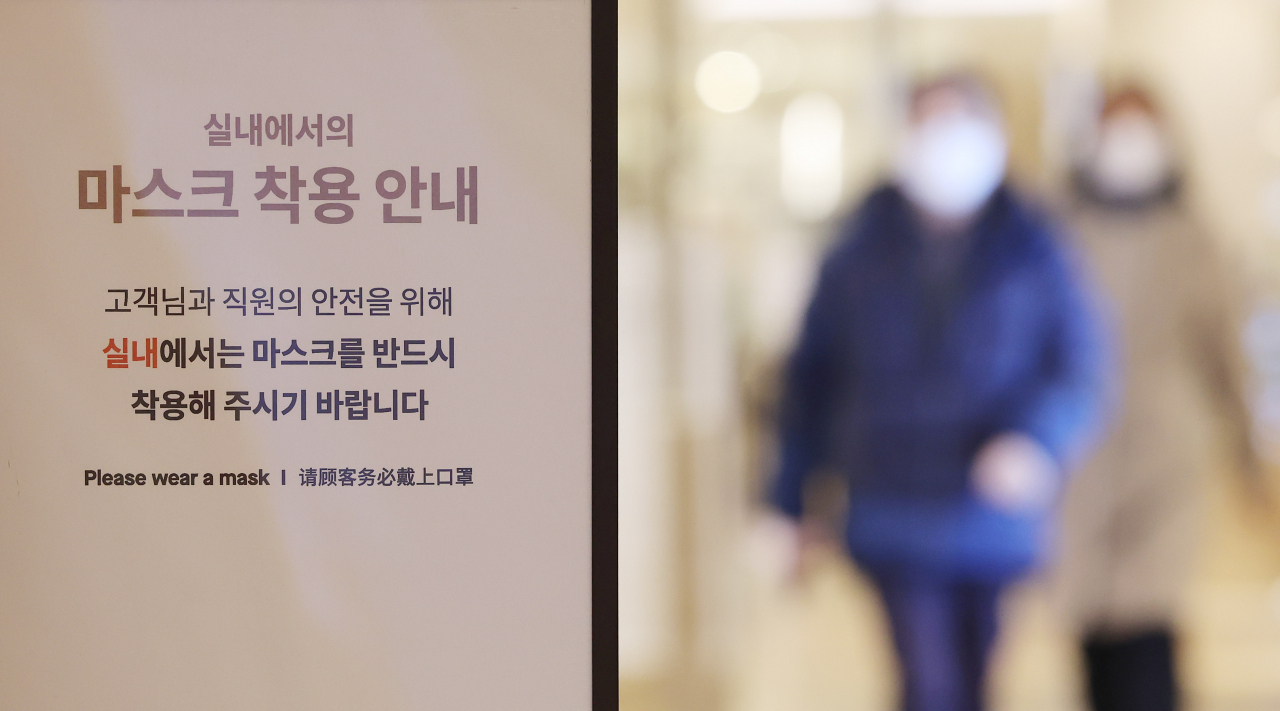 [1] South Korea is likely to lift its indoor mandate in two stages, starting with schools and public offices in mid-January, according to multiple health authorities on Sunday. Under the plan, however, the mandatory indoor mask rule will continue to be applied at highly dense spaces such as public transportation and medical institutions including sanatoriums until the government fully lifts the mandate.

[2] The government, however, is still in discussion about exactly when to implement the stage one plan, and whether to include other public spaces frequently visited by the elderly, such as supermarkets along with schools and public offices.It is expected that the first stage of the indoor mask release could be as early as Jan. 21, when the Lunar New Year holiday begins.

[3] “Expert discussion will be held before we finalize the mask release, but it is desirable to adjust them before the Lunar New Year holiday as much as possible," a government official said. The kickoff of the stage one plan, however, could be delayed as the number of confirmed COVID-19 cases is on the rise.

[4] Amid a resurgence of the virus, new mutations such as the BN.1 variant are spreading rapidly, according to health authorities. The spread is expected to continue for the time being as the cold weather continues.

2. Where do child sex offenders live? Where should they?

[1] At the bottom of a winding path in the quiet neighborhood of Wa-dong, Ansan, Gyeonggi Province, resides one of South Korea's most infamous child sex offenders in a nondescript apartment.

[2] In 2008, a middle-aged man called Cho Doo-soon sexually attacked and maimed a then-eight-year-old girl in a church restroom. The inhumane assault resulted in unspeakable injuries to the victim, which she still suffers from according to a recent statement by her father.

[3] Two years ago, tension sizzled under the surface of the quiet neighborhood when it was first announced that an infamous child sex offender would move in. Similar tension can be found in the city of Hwaseong, Gyeonggi Province, where residents want to oust serial rapist Park Byung-hwa. The series of incidents has brought forth a question: Should pedophiles and convicted sex offenders be not allowed to live near schools, or in areas inhabited by children? Where should they live?