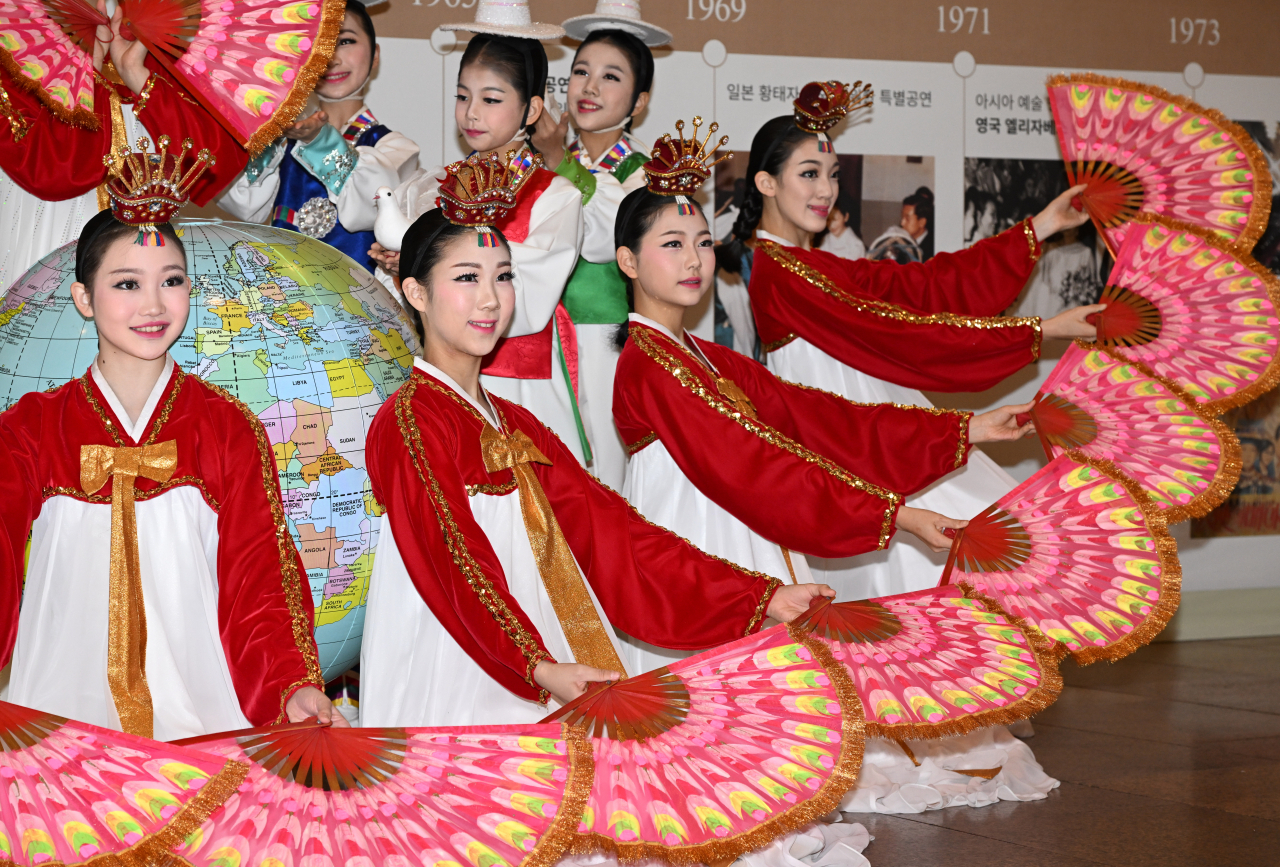 Performers with the Little Angels staged a show titled "The Flight of Angels" at Sejong Center for Performing Arts in Seoul, Thursday. The show was directed to deliver a message for world peace as well as commemorate the troupe's 60th anniversary. (Im Se-jun/The Korea Herald)