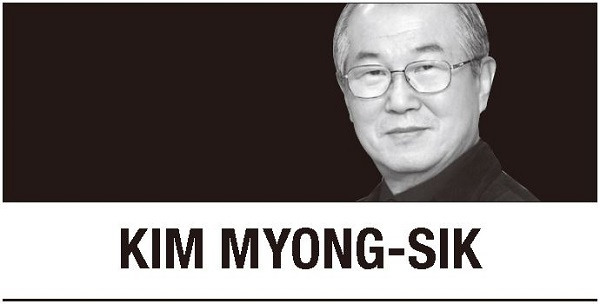 “The prosecutors’ job is to protect the people from crimes. Only criminals fear the prosecution that does its job properly.

“The true prosecution reform, the real reform of criminal justice system is to establish a just law enforcement system to deal sternly with socially powerful people. There are countries on the earth that can do so and countries that cannot, but the Republic of Korea should be one that can do it. Because the Koreans are great people who have achieved industrial development and democratic reforms at the same time, they fully deserve to live under such a fine system.

“Let’s never forget that we are paid with the blood tax from the people. We have to pay them back with good service many times the value of our paycheck.”

The above words of Justice Minister Han Dong-hoon of the Yoon Suk-yeol administration sound like stating the natural principle of law enforcement in a democratic government. But they mean a lot when we think of the complex political situation of South Korea where the fate of the top opposition leader hangs in the balance after a change of power six months ago through the thinnest-ever election margin.

The focus of political tension is Lee Jae-myung, the unsuccessful candidate from the major opposition Democratic Party of Korea (DPK), who could face as many as 10 different criminal charges, including election law violation, while the prosecution has been conducting the groundwork investigation of his possible involvement in a large-scale housing development scam in Seongnam, Gyeonggi Province, his political hometown.

Justice Minister Han, a long-time partner in President Yoon’s prosecutorial career, is believed to be “coordinating” or virtually directing the investigation into the wrongdoings in the high places of the past DPK rule. Not only Lee but former president Moon Jae-in must be bracing themselves up for long legal battles ahead with the fresh memories of what had been done to the two former right-wing presidents during the previous leftist administration.

Han’s role in the process of “cleansing the past evil,” the political jargon conveniently borrowed from the past rule, is not officially admitted as the justice minister and the prosecutor-general are two separate offices in Korea, but people read his resolve and determination in this task from the above and other quotes. A collection of his recent speeches both on public and private occasions, has been published into a best-selling book.

It is unfortunate that the Moon Jae-in presidency started a campaign of political revenge after it took over from the incomplete administration of the impeached president Park Geun-hye. They spent the whole tenure on the task of weakening the conservative influences in the political and social realms, using the forces of law enforcement wherever possible. Justice ministers Cho Kuk, Choo Mi-ae and Park Beom-kye eventually succeeded in the mission, tarnishing the prestige of our proud prosecutors.

The prosecution was inevitably politicized. What Minister Han has mainly done in order to “depoliticize” the organization since he took office was bring back to Seoul senior prosecutors who had been demoted to remote provincial offices during the Moon administration. Complaints had grown that the nation’s 2,000 prosecutors were being expended like parts of a machine under Moon’s rule.

Han Dong-hoon was an extreme example. He was in Yoon Suk-yeol’s team under a special counsel investigating Park Geun-hye’s misrule but when the team began probing into the misdeeds of the family of Cho Kuk, then a top aide to president Moon, he was sent down to the southern port of Busan, then to a research post, and then to a training institute as powerless deputy chief.

“Politics should be the means to protect the people, and it should never be used to protect certain politicians under criminal investigation,” Han remarked at a committee session of the National Assembly. The opposition DPK’s 169 members in the 300-seat legislature passed a law on the eve of President Yoon’s inauguration to have the prosecution concede most of its direct investigative power to the police in an apparent scheme to protect law-violating colleagues.

Earlier, the majority opposition party established a new investigation agency solely in charge of high officials in another move to restrict the supposedly omnipotent power of the prosecution. Lee Jae-myung, in a Machiavellian gambit, got himself selected as candidate for an opposition-friendly constituency in Incheon, allowing him to hide behind the privilege of parliamentary consent when the prosecution would seek his arrest.

Yet, the long arm of the law is drawing nearer to the opposition leader as one of his closest aides was arrested last month for accepting bribes from the group of developers allegedly to finance Lee’s election campaign, and his chief policy adviser also faces arrest on similar charges. Arrest warrants for Kim Yong and Chung Jin-sang, whose contents were somehow revealed to the press, mentioned the name Lee Jae-myung more than 100 times in explaining their crimes.

Two of the key men in the Daejang-dong housing development project, named Yoo Dong-kyu and Nam Wook, have given substance to the prosecution’s detailed accusations for Lee Jae-myung’s men, such as how much money was handed to them where and when. The duo, who had expected favors from Lee in the event of his election, have lost hope and may now be seeking to bargain with prosecutors for lighter punishment by revealing truth.

In the days ahead, we will be seeing a competition of wits between the two smartest people in South Korean politics -- Han Dong-hoon, 49, the top strategist of the struggling Yoon government, and Lee Jae-myung, 58, who is doing all he can to portray the current investigation as persecution and political vendetta on the leftist force narrowly defeated in the election.

The chances for a political compromise have gone away. Criminal procedures for Lee and other figures from the past administration will drag on as they will exercise all their legal and political skills to keep themselves from conviction. The opposition has chosen total non-cooperation in state affairs as their modus operandi until the wearied electorate will again give them a big legislative majority in the 2024 general elections and ultimately the governing power back in 2027.

Han Dong-hoon has warned against using politics as a means of protecting a specific law-breaking politician. Until an alternative leadership appears in the opposition, Korean politics will give little hope to the people.

Kim Myong-sik is a former editorial writer for The Korea Herald. – Ed.