For three years, rumors swirled around who was the mysterious winning bidder of Korean artist Kim Whan-ki’s dot painting “05-IV-71 #200 (Universe). The painting sold for 88 million Hong Kong dollars ($11 million) at a Christie’s auction in 2019, and remains the most expensive painting by a Korean artist to date.

The collector was recently revealed when Korean clothing manufacturer Global Sae-A Group announced the opening of an art gallery, S2A, in southern Seoul in July. The bidder was the group's Chairman Kim Woong-ki who pledged to display Kim’s masterpiece at the gallery for people to appreciate the painting by Korea’s pioneer abstract artist.

The exhibition “A Song that Permeates Whanki Kim’s Art” shows 17 of Kim's paintings, from his early works to later ones which were brought together by collectors, including the chairman himself. The exhibition features three areas of Kim’s artistic career: Seoul and Japan (1933-1955), Paris and Seoul (1956-1962) and New York (1963-1974). 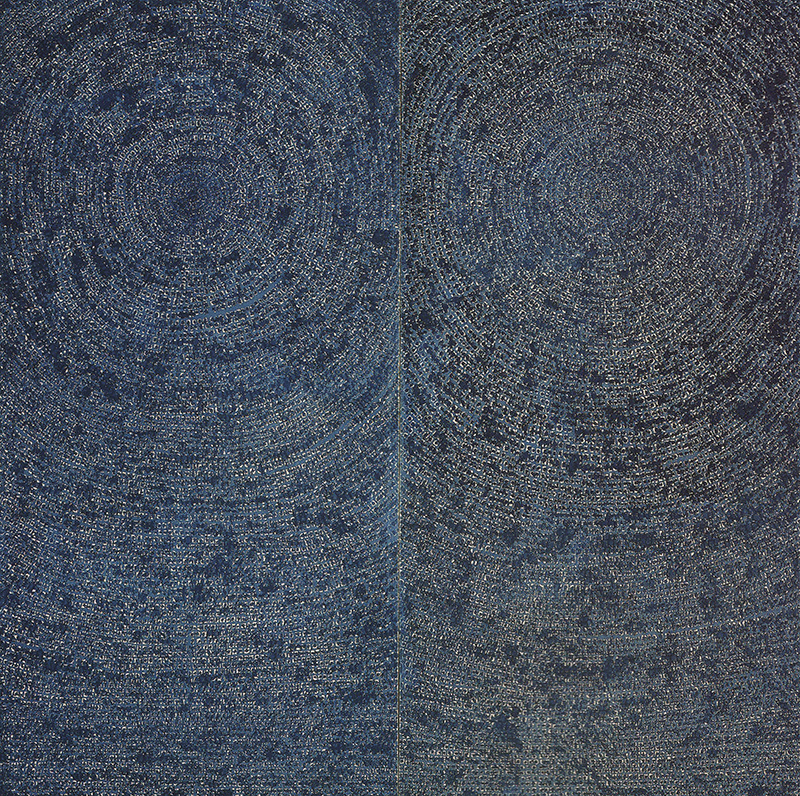 The highlight of the exhibition is “05-IV-71 #200 (Universe),” which is on display in a separate room at the exhibition space. The masterpiece is an all-over canvas dot painting and is the only diptych from Kim’s works. The countless blue dots draw audiences into the painting, which seems like the abyss of the universe. The painting was shown at Gallery Hyundai’s 50th anniversary exhibition in 2020, but the collector remained anonymous at the time.

Dr. Matthew Kim, a physician and long-time close friend of Kim's, was the first collector of the painting, which was completed in 1971. He owned the painting for 47 years. It was displayed in his house from 1972 to 2004 and later showcased at the Whanki Museum in Seoul on a long-term loan.

The painting was put up for auction in 2019 in Hong Kong. Chairman Kim won the painting after an intense bidding competition.

The exhibition opened Oct. 14 and runs through Dec. 21. It is the second show at the newly opened gallery after the inaugural exhibition “Journey to the Unbounded Universe” that showed works by Yayoi Kusama from July 15 to Sept. 14.

Online reservation is required through the gallery’s website to visit the exhibition.