[Dan Reiter] Lessons of history about how to end Ukraine war 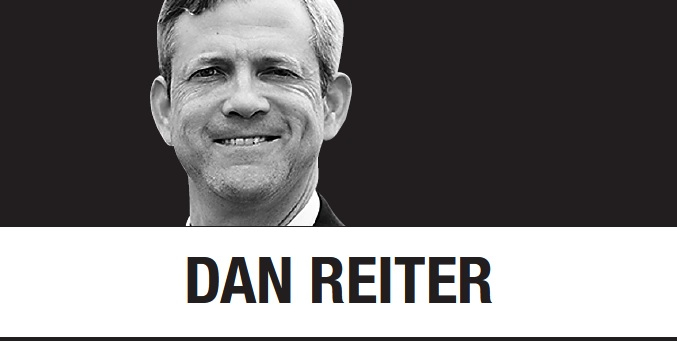 Every war must eventually end. But how will the last chapter of the Russia-Ukraine war read? With a bang, a white flag or a begrudging agreement?

History shows us how other flailing powers have tried to end their wars, and what options Russia -- as well as Ukraine and the West -- may have left.

In 1942, Japan faced setbacks similar to Russia’s when it was fighting against the United States in World War II. It switched from a shock-and-awe strategy intended to intimidate the US into accepting its empire, to an attrition strategy aimed at inflicting enough casualties to persuade Americans to accept a peace deal. This approach eventually failed because the American public was willing to suffer losses as it racked up victories. But decades later, North Vietnam made it work as the American public lost patience when the body bags accumulated but the successes did not.

That strategy won’t work for Russia, though. The Ukrainians accurately perceive Russia as posing an existential threat to their country and have proven themselves willing to pay very high costs to continue fighting, with the escalation of Ukrainian deaths only steeling Ukrainian resolve. Though we cannot rule out Russia using nuclear weapons to force Kyiv to make concessions, the likelihood of that seems low.

In the past, the prospect of backlash has dissuaded other nuclear-armed belligerents from using their nuclear weapons even as they failed to achieve their combat aims: The United States in its wars in Korea, Vietnam and Afghanistan; France in its colonial war in Algeria; China in its late 1970s and early 1980s conflicts with Vietnam; and the Soviets in their 1980s war in Afghanistan.

One might hope that Russian President Vladimir Putin would recognize the invasion as a catastrophic mistake, and eventually bring his troops home. However, we cannot be confident that he is fully informed as to how poorly the war is going, and, as I’ve found in my research, dictators like Putin routinely surround themselves with toadies who tell the leader what he wants to hear, rather than the truth.

Putin may not know -- or care, even if he does know -- that hundreds of thousands of Russian men have fled the country to avoid being drafted, Russian combat soldiers reportedly are fighting in flip-flops and are without enough food, and that advancing Ukrainian troops have high morale.

For Putin, the domestic consequences of defeat are extremely high and would jeopardize his hold on power, perhaps from disillusioned military leaders who expected victory. It’s unlikely he will end the war if his political future is on the line.

At the same time, Western tools to end the war are few. The US is not going to invade Russia or overthrow Putin. Shaming Russia for violating international sovereignty has been a nonstarter. And Russia has proven adept at blunting the impact of Western economic sanctions, at least for now.

The question -- which will have to be answered by the Ukrainians -- is whether they see ways to end the war, without conceding to the aggressor.

India, which has not cut ties with Russia, recently offered to help in “peace efforts” to end the war. That path might involve coming up with a political fig leaf, small enough for Ukraine (and the West) to accept, but sufficient for Putin to use to deflect internal political challenges.

Even small fig leaves can sometimes prove critical. America’s August 1945 declaration that it would not put the Japanese emperor on trial was essential in pushing Japan to surrender. What might such a Russian fig leaf look like?

Before the recent Ukrainian counteroffensive, some might have imagined Ukraine allowing Russia to retain some parts of its pre-invasion territory to end the war. Finland did something similar in 1940 to end its war with the Soviet Union, handing over border territory and small islands to Moscow to stop the Winter War. But the successful Ukrainian counteroffensive has foreclosed that idea.

Still, a truce would require dialogue. Part of that discussion could include whether Ukraine joins NATO. Although Ukraine recently announced that it would apply for NATO membership, that process is difficult and presents big hurdles. Membership would require approval by all 30 members of the alliance. Even among American lawmakers who support Ukraine, there is little agreement about admitting Ukraine into NATO. And, Ukraine has proven that even as a non-NATO member it can protect itself -- if sufficiently armed with weapons from NATO nations -- without the dispatch of NATO troops.

Many shudder at the prospect of negotiating with a tyrannical aggressor. Defeat may be the only way to force Russia to retreat. But that process could take months. As Putin starts to realize that the prospects for Russian victory grow ever slimmer, he may seize on new ways to massacre Ukrainian civilians, including using chemical and biological weapons as Moscow did during its 1980s war in Afghanistan.

The Ukrainian people are not going to seek peace at any price, nor should they. Political fig leaves, best seen as tactical measures, are not easy to find, but have ended other wars. Maybe the right fig leaf can end this war and stop the suffering.

Dan Reiter is a professor of political science at Emory University and author of the book “How Wars End.” He wrote this for the Los Angeles Times. -- Ed.