[Thitinan Pongsudhirak] The end of ASEAN as we know it 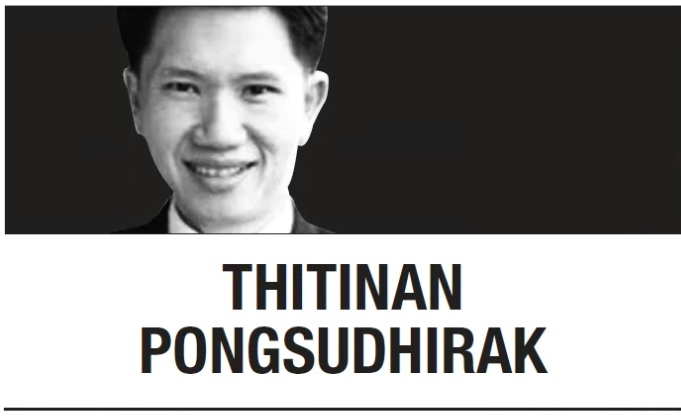 As Cambodia, Indonesia, and Thailand gear up to host major world summits in November, the 55-year-old Association of Southeast Asian Nations is facing an existential crisis, owing to severe internal splits over Russia’s invasion of Ukraine, Myanmar’s military coup, and other issues. The 2007 ASEAN Charter’s vision of deeper political, economic, security, and socio-cultural integration is no more. Salvaging what’s left will require accepting this reality and regrouping accordingly.

Notwithstanding past bureaucratic and functional pledges to do more together, ASEAN’s regional integration has always been shallow. Intra-regional trade in goods remains low, at 21.3 percent, and trade in services is under 12 percent, according to data from the ASEAN Secretariat. Moreover, 88 percent of investment in the region comes from outside sources. Unlike the European Union, with its economic integration through a single market, ASEAN has emphasized cross-border connectivity through hard and soft infrastructure, from roads and railways to tourism and people-to-people contacts.

True, for a while after the ASEAN Charter took effect, the organization appeared to be going places. At the time, the region’s economy was the fastest-growing in the world, and its promising trajectory coincided with Myanmar’s post-2011 decade of political opening and economic reform.

Harnessing this internal momentum, ASEAN took the lead in organizing regional projects for peace and security, through gatherings of the Asia-Pacific Economic Cooperation (APEC) forum, the ASEAN Regional Forum, the East Asia Summit, and the ASEAN Defense Ministers’ Meeting-Plus. Corporations and investment funds formulated ASEAN-focused strategies, recognizing the region’s promise as an interconnected production hub with a combined GDP of more than $3 trillion and more than 680 million people, many of them young and comprising an expanding middle class.

But this narrative of ASEAN progress has lost its luster as the geopolitical setting has changed. ASEAN’s success requires relative peace and a rough balance between the major powers in its orbit. When the big powers are locked in a zero-sum conflict -- as between Russia and the West or China and the United States -- ASEAN almost inevitably will become as divided and ineffective as it was before Cambodia joined as the 10th and last member state in 1999.

Consider China’s interests in the South China Sea, Myanmar’s internal conflict, and Russia’s war of aggression in Ukraine. Each issue pulls different ASEAN member states in different directions. Cambodia supports China and Myanmar’s junta under the State Administration Council (SAC), but not Russia. Laos appears to be backing all three. And Vietnam has been critical of China, but silent on Myanmar’s military dictatorship and sympathetic to Russia.

Meanwhile, Indonesia, Malaysia, the Philippines and Singapore have aligned in expressing concerns about China’s belligerent role in the South China Sea, the Tatmadaw’s takeover in Myanmar and Russia’s war. And while Thailand has been soft on China’s territorial assertiveness and Myanmar’s putsch, it has taken a measured stand against Russia’s aggression.

Myanmar itself is a telling case. The United Nations still recognizes the ambassador from the civilian-led government, and ASEAN so far has refused to allow the State Administration Council to represent the country in its major gatherings. As a result, Myanmar was on the record voting to condemn Russia at the UN even as the SAC openly supported the Kremlin. Having failed to promote dialogue and negotiation in Myanmar with its “Five-Point Consensus” last year, ASEAN’s rotating chairmanship, led by Cambodian Prime Minister Hun Sen, is now pressing harder against the junta and its leader, Senior Gen. Min Aung Hlaing.

Still, the situation in Myanmar is threatening to derail the ASEAN-anchored summit meetings in Phnom Penh this November. And Russia’s war has cast a shadow over the APEC meeting in Thailand and this year’s G-20 summit in Indonesia the same month.

To navigate this fraught geopolitical environment, ASEAN needs a new approach. Members that are willing and able to take common positions should do so without waiting for unanimity among all 10 countries. Indonesia, Malaysia, the Philippines and Singapore are already leading the way, and others, such as Thailand and Vietnam, can join them on specific issues that serve their interests. The new model could perhaps follow an “ASEAN 5+X” formula, with the five original members -- Indonesia, Malaysia, the Philippines, Thailand and Singapore -- serving as a renewed organizational core.

The old ASEAN is gone for good. The region will not be completely united through political-security, economic, and socio-cultural communities.

For now, the new ASEAN should center around the five founding members plus Vietnam. If Cambodia and Laos want to be regarded as core members, they will need to moderate their positions, rather than carrying water for external powers.

The idea of forming an ASEAN economic community is no longer an option. Instead, governments, civil-society organizations, and businesses with stakes in Southeast Asia will need to start thinking of the region’s integration as an a la carte menu rather than a five-course meal.

Thitinan Pongsudhirak is a professor and director of the Institute of Security and International Studies at Chulalongkorn University’s Faculty of Political Science in Bangkok. -- Ed.