[Lee Kyong-hee] The art of apologizing: UK, Germany and Japan 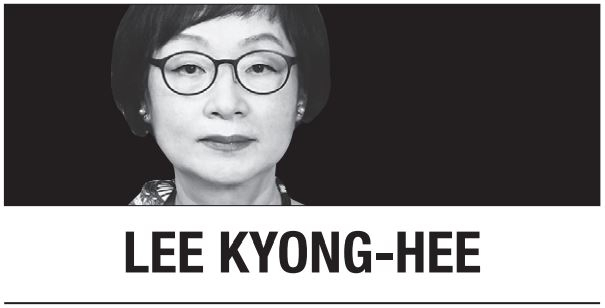 Among the flood of tributes to Queen Elizabeth II that followed her passing was recollections of her 2011 visit to Ireland, the first by a British monarch in a century. It was a trip for healing, though there were doubts about its success.

“I was raised in an Irish family baked in bitterness about British oppression,” wrote New York Times columnist Maureen Dowd. Her op-ed piece was about the new King Charles III having been overshadowed by his late ex-wife Princess Diana and his mother, the queen.

Dowd recalled that she always thought of Queen Elizabeth as “an avatar of nepotism and colonialism.” But while covering the queen’s trip to Ireland, Dowd came to understand “how one small movement of her head could soothe over 800 years of bloodshed and hatred.”

The Irish initially were skeptical of the visit. Sinn Fein leader Gary Adams said it was too soon. Security was the tightest ever on the island. But on her second morning in Dublin, the queen awoke to find herself an unlikely star, almost universally praised for her gestures of reconciliation.

The symbolic centerpiece of the queen’s trip was her visit to the Garden of Remembrance, a memorial to Irish patriots who died battling for independence from British rule.

“She paid sartorial tribute with outfits by her Irish dressmaker: a gown featuring 2,091 hand-sewn shamrocks, hats trimmed in green feathers, an Irish harp brooch made of Swarovski crystals, ladies-in-waiting in 50 shades of green,” Dowd wrote. “The queen showed all the empathy and warmth she couldn’t summon when Diana died.”

If the 85-year-old British monarch used her elaborate outfits as a message of goodwill on her visit to a memorial of conflict, another European leader stunned the world with his simple action of falling to his knees.

On Dec. 7, 1970 in Warsaw, Poland, West German Chancellor Willy Brandt made his historic gesture, which would go on to be entrenched in the minds of people around the world as one of the most iconic moments of reconciliation ever captured on camera. Known as the “Warsaw genuflection,” the act took place in front of the Polish capital’s Monument to the Heroes of the Jewish Ghetto Uprising of 1943 during World War II.

Brandt had arrived in Warsaw early that morning to sign the Treaty of Warsaw to determine the postwar border between Germany and Poland. Earlier, he had visited the Tomb of the Unknown Soldier and, accompanied by a phalanx of photographers, the chancellor made his way to the memorial.

He slowly followed in the footsteps of officials as they laid a wreath in front of the monument, then carefully rearranged the ribbons on the flowers before taking a step back and sinking to his knees. With his head bowed, he remained knelt for some 30 seconds, seemingly lost in contemplation, while cameras clicked around him.

Recalling his actions later in his memoirs, Brandt wrote, “As I stood on the edge of Germany’s historical abyss, feeling the burden of millions of murders, I did what people do when words fail.”

As is well known, the Treaty of Warsaw was among the Brandt-initiated policy steps to ease Cold War tensions in Europe, dubbed the “Ostpolitik,” which earned him global plaudits including the Nobel Peace Prize in 1971. In 2000, on the 30th anniversary of the event, a monument was unveiled by his widow and Chancellor Gerhard Schroeder at a place near the Ghetto Uprising memorial. In 2020, a commemorative two-euro coin was issued. Both carry an image of Brandt on his knees, perpetuating his message of humility.

In August 2015 in Seoul, Yukio Hatoyama, the former Japanese prime minister, dropped to his knees in front of a memorial to Korean independence fighters on his visit to the site of Seodaemun Prison. Considering the calculated, nuanced rhetoric from most Japanese politicians about their nation’s past wrongdoings against Asian neighbors, his action was totally unexpected.

In 2013, Hatoyama also visited the Memorial Hall of the Victims of the Nanjing Massacre by Japanese Invaders. He apologized for brutal killings by Japanese troops in 1937 during their invasion of China, wishing that such tragedies won’t be repeated.

The liberal politician’s personal acts of reconciliation are welcomed by other Asians who suffered from Imperial Japan’s aggression, while his conservative compatriots criticize him as a “traitor.” A former leader of the Democratic Party of Japan and known as a peacemaker, Hatoyama’s attempt to promote his vision for “shared future” in East Asia can also cause discomfort in certain sectors of the international community.

During his lecture on Oct. 6 at Chosun University in Gwangju, Hatoyama reiterated his assertion that “perpetrators of wartime crimes must offer apologies until their victims consider them sufficient enough to forgive.” He urged Tokyo to reconsider its intransigent stance on the issues of “comfort women” and forced laborers that the Japanese military took from Korea during World War II. He reminded that the l965 Treaty on Basic Relations between Korea and Japan didn’t include reparations for individual claims as defined by international law.

Critics accuse the Japanese government of playing a cruel waiting game on reparations; waiting for survivors to die and for memories to be silenced. Among some 200,000 women estimated to have served in Imperial Japan’s military comfort stations, only 11 remain alive today. Of some 23,000 Korean survivors of atomic bombings of Hiroshima and Nagasaki who returned home, some 2,000 remain alive.

On Sept. 24, Hatoyama attended the annual memorial rites for Japanese sailors buried on Jindo island after their defeat in a 1597 naval battle. He thanked residents of the southern island who recovered the bodies of their enemies washed ashore and buried them on sunny slopes of a hill in their village facing southward to Japan. The hill is named Waedeoksan, or “mountain of virtue toward Japanese.”

The Jindo inhabitants of 425 years ago didn’t wait to display empathy and compassion. Why is it so difficult for Japanese decision makers to act in kind?