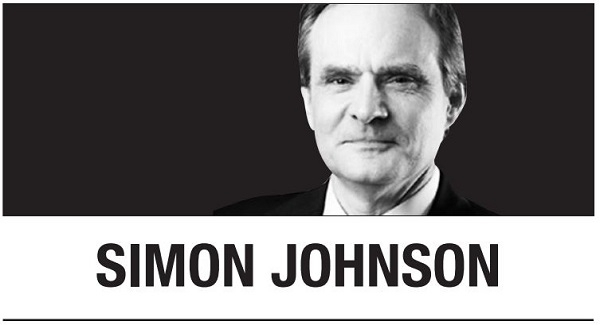 On Oct. 5, OPEC+ announced a dramatic reduction in production quotas, by 2 million barrels per day. According to oil ministers, the goal is to boost crude prices and “encourage investment” in the sector -- making it sound like they are doing the world a favor. In fact, this is an extraordinarily harmful step that will push oil prices up -- when the global economy is in a precarious state amid persistent inflation pressures.

Americans may first notice the effects at the gas pump. A cut to global oil supply usually translates into even steeper increases in fuel prices and rising costs for goods.

The Organization of the Petroleum Exporting Countries has no incentive to drive the world into deep recession, so what are its members thinking?

Pushing up oil prices at this moment is an expression of support for OPEC+ member Russia, presumably aiming to build a deeper relationship between this major oil producer and core OPEC member states, most of which are in Africa and the Middle East.

That strategy already appears thoroughly wrongheaded. The likelihood of Russian defeat in Ukraine, increasing daily with Ukrainian advances, will change the global picture for oil considerably, and OPEC members need to decide whose side they are on for what comes next.

If you question Russia’s fate on the battlefield, look carefully at reports from the front lines from Russian military bloggers on Telegram and other messaging channels.

If OPEC’s leaders were paying attention, they would see that Russian forces are in the process of being defeated in several regions in the air and on the ground. The Ukrainians have more drones, better armor, longer-range artillery and higher morale. Russian forces are greatly depleted and increasingly in danger of becoming trapped and overwhelmed on multiple fronts.

The Kremlin’s recent “mobilization” has pulled men into recruitment centers, but there are widespread complaints about the lack of food, clothing and particularly weapons. Russian industry is incapable of equipping these forces effectively in the near term.

By now, OPEC should be fully aware that the Group of Seven and North Atlantic Treaty Organization are completely committed to Ukraine. While support may have been soft before the invasion, Russian atrocities and belligerent escalation mean that the US and the European Union as well as their allies now want Ukraine to win.

Even after it is defeated, Russia will pose a threat to the reconstruction of Ukraine, through missile strikes or even another invasion. NATO will need to provide security guarantees of some kind, to keep that threat at bay. But Ukraine’s friends will also need to limit the flow of hard currency to Russia to constrain what Russia can buy from abroad -- including parts for missiles, aircraft and tanks -- and build for themselves.

By cutting off natural gas supplies to Europe, the Russian authorities have demonstrated they cannot be trusted as a long-term supplier through dedicated pipelines. Russia will therefore become even more dependent on oil exports transported by ship and sold in spot markets. That’s why OPEC’s recent decision to drive up crude prices should be seen as a gift to Russia.

Russia is the third-largest oil producer in the world, after the US and Saudi Arabia -- and the second-largest exporter, behind only the Saudis. To curtail the resources available to support the Russian war effort, the G-7 has proposed a cap on how much buyers can pay for Russian oil exports, if they want to use Western financial services to finance, insure and move this cargo. Given that Western nations dominate these activities, it will be difficult for Russia to receive any price per barrel above the capped level. When this price cap comes into effect in December, it will most likely help push down the revenue that Russia earns per barrel.

As Russian revenue is reduced, OPEC will face a choice. Does it want to further restrict oil supply to drive up prices and help the Kremlin? Doing so would antagonize all members of the G-7, as well as the developing world. If Russia makes itself even more into a pariah state, for example by actively threatening to use nuclear weapons, the stigma of helping Russia will increase.

There is already a global movement away from fossil fuels, because of the climate change crisis. Another pressing reason to reduce our dependence on oil is to undermine producers, who still have power to destabilize the world economy and finance war crimes.

The US and its allies should consider building a major program of global investments, helping all countries to reduce their dependence on fossil fuels. In a world of reduced demand for oil, the balance of power would shift significantly.

Simon Johnson is a professor at MIT Sloan and former chief economist at the International Monetary Fund. He wrote this for the Los Angeles Times. -- Ed.