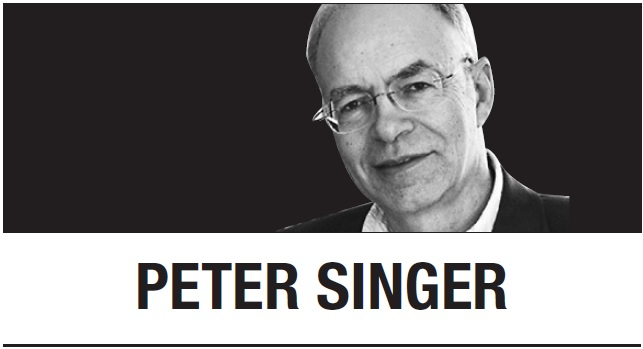 In August, Springer Nature, the publisher of 3,000 academic journals, including the Nature portfolio of the world’s most influential science journals, announced new ethics guidance for its editors, addressing the balance between academic freedom and the risk that publication of some research will harm specific groups of humans. The guidance also mentions, though much more briefly, research using animals.

There are long-established guidelines proscribing the publication of articles based on experiments or trials that fail to protect the rights of human research subjects. The new guidance goes beyond this, implying that editors should reject research that contributes to knowledge, and properly protects its research subjects, if, for example, it indirectly contributes to the stigmatization of a vulnerable human group.

The updated ethics guidance therefore adds a new and complex set of considerations to the already difficult decisions that the editors of scientific journals must make. The guidance leaves ample scope for varying interpretations, either more favorable to academic freedom, or more protective of the rights and dignity of members of specific groups of humans. It remains to be seen whether the guidance will narrow the range of topics -- and if so, to what extent -- on which scientists can hope to be published in a leading scientific journal.

The Journal of Controversial Ideas, of which I am a founding co-editor, has already published papers that other journals rejected, not because of flaws in the research, but because they support views contrary to widespread and strongly-held political or ethical beliefs. I would not be surprised if the new Springer Nature ethics guidance brings us more such papers.

One aspect of the guidance that I welcome unreservedly, as far as it goes, is the statement that, “Research should also respect the rights of non-human life.” This would have been more helpful if it had been accompanied by a brief list of the rights that nonhuman life possesses. I can understand why that task was not attempted. But the guidance does include, among a list of harms to be avoided, “unnecessary suffering of non-human animals as a result of experimentation.”

Against this background, consider an article entitled “Chronic unpredictable mild stress produces depressive-like behavior, hypercortisolemia, and metabolic dysfunction in adolescent cynomolgus monkeys,” published in 2021 in the Springer Nature journal Translational Psychiatry. The article describes how the researchers -- mostly from Chongqing Medical University, in China, but with two co-authors at US universities -- reared monkeys in large social groups for the first year of their lives, and then put them into cages, alone, for 70 days.

For adolescent social animals, removal from a social group and isolation is already extremely stressful, but much worse was to come. Additional stress was inflicted on the monkeys in five cycles of seven days each. On each of these 35 days, the monkeys were subjected to two of the following: 12 hours of loud noise, 12 hours without water, 24 hours without food, four hours in a more restricted space, 12 hours of a stroboscope, a temperature of 10 degrees Celsius for 10 minutes and inescapable electric shocks delivered to their feet three or four times for 10-15 seconds.

Although the paper’s title suggests only “mild” stress, according to the researchers’ own account, the experimental protocol was severe enough to cause the monkeys to spend significantly more time than a control group in what the researchers called “huddle posture” -- hanging their heads down to shoulder level or lower, and clasping themselves. The researchers conclude that the stresses they inflicted “can induce depressive-like and anxiety-like behaviors.”

The Springer Nature research ethics guidance reiterates a long-standing and widely used requirement that authors of manuscripts reporting research on live vertebrates or higher invertebrates confirm that all experiments were performed in accordance with relevant guidelines. The article reporting the research just described, includes this statement:

“Animals were maintained under an experiment protocol approved by the Ethics Committee of Chongqing Medical University (approval no.: 20180705) in accordance with the recommendations of ‘The use of non-human primates in research’ and ‘Guide for the Care and Use of Laboratory Animals.’”

The requirement that the researchers confirm that they have complied with the relevant guidelines may protect editors from criticism, but it often fails to protect the animal subjects of the research.

People for the Ethical Treatment of Animals, a US animal rights organization, asked Emily Trunnell, who has a doctorate in neuroscience from the University of Georgia, to review this and two similar experiments on monkeys. In a letter to the editor of Translational Psychiatry, she wrote, “Essentially, monkeys were tortured for these experiments.” She also points out that because the stresses inflicted on the monkeys were quite different from those that commonly cause depression or other forms of mental illness in humans, a nonhuman primate animal model is unlikely to be useful for studies of human depression.

Translational Psychiatry published this study before the recent update of the Springer Nature research ethics guidance. But it is not too late to retract the article. If the references in the guidance to the rights of nonhuman life and the avoidance of unnecessary suffering really mean something, that is what Translational Psychiatry should now do.

Peter Singer, a professor of bioethics at Princeton University, is the founder of the charity the Life You Can Save. He is currently working on a fully updated and revised edition of “Animal Liberation,” his book first published in 1975. -- Ed.