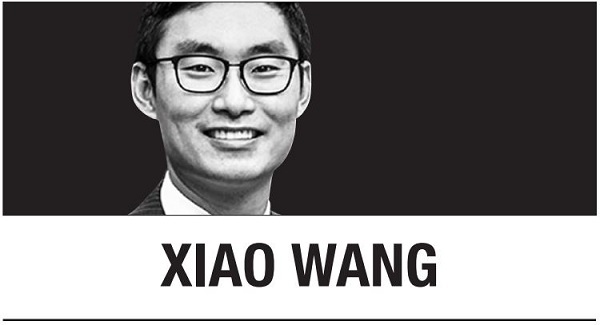 The results of the vote over a constitutional amendment that could have removed the right to abortion in Kansas gave rise to two common reactions: surprise (that a red state would vote in favor of abortion rights) and hope (that the process could be replicable elsewhere).

Neither response, though, tells the full story.

The real lesson in Kansas is that direct democracy -- can be a bulwark against extreme positions. But it’s being eroded in many states.

The outcome in Kansas shouldn’t be all that surprising. According to available polling and survey data ahead of the vote, more than 55 percent of Kansans supported access to abortion. Consistent with that polling, 59 percent of voters cast ballots against removing a right to abortion.

And Kansas isn’t an outlier, even among red states. A majority of voters in Texas, South Carolina and Georgia also support abortion access. Does that mean that what happened in Kansas can be repeated in these and other places? Not necessarily, because direct democracy isn’t enshrined in every state.

Consider the case of Medicaid expansion. Medicaid, a public health insurance program, is administered by the states but funded by the federal government and state governments. The Affordable Care Act sought to significantly expand Medicaid coverage and make it accessible to Americans in more states; the act even offered generous federal funding to any state willing to do so.

Much like the abortion-access proposal in Kansas, many analysts predicted that these initiatives would fail. But in state after state, they succeeded. In the past five years, Maine, Missouri, Oklahoma, Idaho, Utah and Nebraska have all enacted Medicaid expansion through ballot initiatives.

Such results shine a light on a potentially promising way to protect abortion rights outside the traditional legislative process.

But the Medicaid expansion campaign might also serve as a cautionary tale. Twelve states have still not expanded Medicaid coverage. Eight of these 12 states do not, in their state laws and constitutions, even provide for a popular initiative or referendum. Another -- Mississippi -- technically offers voters a process to directly amend its constitution, but the Mississippi Supreme Court has held that the procedure’s requirements are “mathematically impossible to satisfy.” Subsequent efforts to amend the process in Mississippi have failed.

Finally, in November, South Dakotans are scheduled to vote on their own Medicaid expansion ballot initiative. But in advance of this initiative, the South Dakota legislature sought to change the rules surrounding voter-initiated referendums, by requiring that they pass by 60 percent rather than a simple majority, to become law.

In a quirk of South Dakota law, however, the legislature could only change this procedure by putting the question directly to voters. Those voters rejected the measure this past June, by almost a 2-1 margin, preserving their own right to effect change through referendums.

Here’s why these Medicaid details -- specifically, where popular initiative has a realistic chance of succeeding, and where it does not -- matter. First, Medicaid access and reproductive choice are inextricably intertwined. Overturning Roe will disproportionately burden low-income people and people of color. Declining to expand Medicaid will do the same.

As satisfying as the result in Kansas might have been for progressives, it will not -- and cannot -- be repeated in the places that need it most until there is a promise to safeguard the processes that allow for democratic participation. That sort of push happens not through a single election or voting cycle, but through a sustained commitment by officials, judges and other stakeholders to recognize and protect the vitality of direct democracy.


By Xiao Wang
Xiao Wang is a clinical assistant professor at Northwestern Pritzker School of Law and director of the Appellate Advocacy Center. He wrote this for the Chicago Tribune. -- Ed.