The data comes amid growing concerns of Korea’s increasing trade dependence on the world’s No. 2 economy, with the demand for memory chips having become a strong driving force behind Korea’s overall export growth.

Korea’s exports to its largest trade partner amounted to $162.9 billion last year, expanding a whopping 162.4 times from some $1 billion in 1991, according to the Korea International Trade Association. The two first established diplomatic ties in 1992.

South Korea’s total overseas shipments grew ninefold to $644.4 billion from $71.9 billion in the same 30-year period, according to the latest data compiled by the nation’s largest trade association representing over 73,000 members.

China has remained Korea’s top trading partner for the past 20 years, after it eclipsed the US in terms of the largest export destination in 2003. In 1991, China was still in 15th place, while the US took the top spot with Japan, Hong Kong and Germany trailing behind.

Korea’s exports to the US gained 5.2 times to $95.9 billion from the previous $18.5 billion in the cited period. Outbound shipments to Japan more than doubled to some $30 billion from $12.3 billion.

Asia’s fourth-largest economy’s has continued to report a trade surplus with China since 1992, with the annual balance kicking off at some $1 billion at the time. Seoul has reported an accumulated trade surplus of some $3.5 billion for the first seven months of this year. 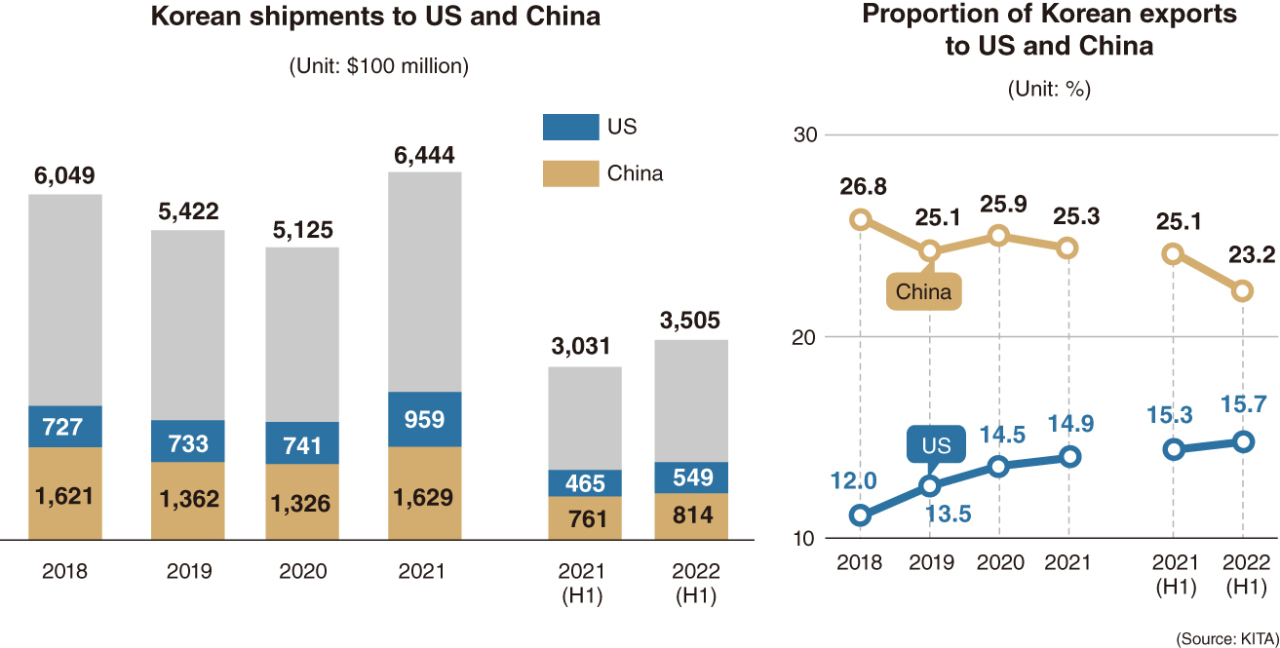 “In order to improve the current lackluster trade balance with China, we must procure a solid import system of key materials needed for future businesses and industries,” Hong Ji-sang, a senior researcher at KITA said in a separate report.

“Korea must not fall behind China in technology,” he added.

While 30 years of trade ties have contributed to Korea’s fast economic growth, onlookers in recent years have been voicing worries of a heavy reliance on China for semiconductor exports.

Semiconductor exports made up 39.7 percent of Korea’s total exports to China last year, a 13-fold surge from 3.2 percent in 2000, recent data from the Korea Chamber of Commerce and Industry showed. The KCCI is a major business lobby that represents some 300 companies including Samsung Electronics and SK hynix, the world’s top two memory chipmakers.

“Korea’s value added industry’s growing dependency on China will increase the risks of being dealt with a heavier blow when the manufacturing skill gap between the countries becomes narrower,” the KCCI said in the report accompanying the data.

“Businesses and the government must make full effort in achieving further technology development. They must come up with measures to diversify our exports, so that China won’t weaponize the dependency,” it added.

The report also showed a shift in Korean industries with a heavy export reliance on China, in the last 20 years. 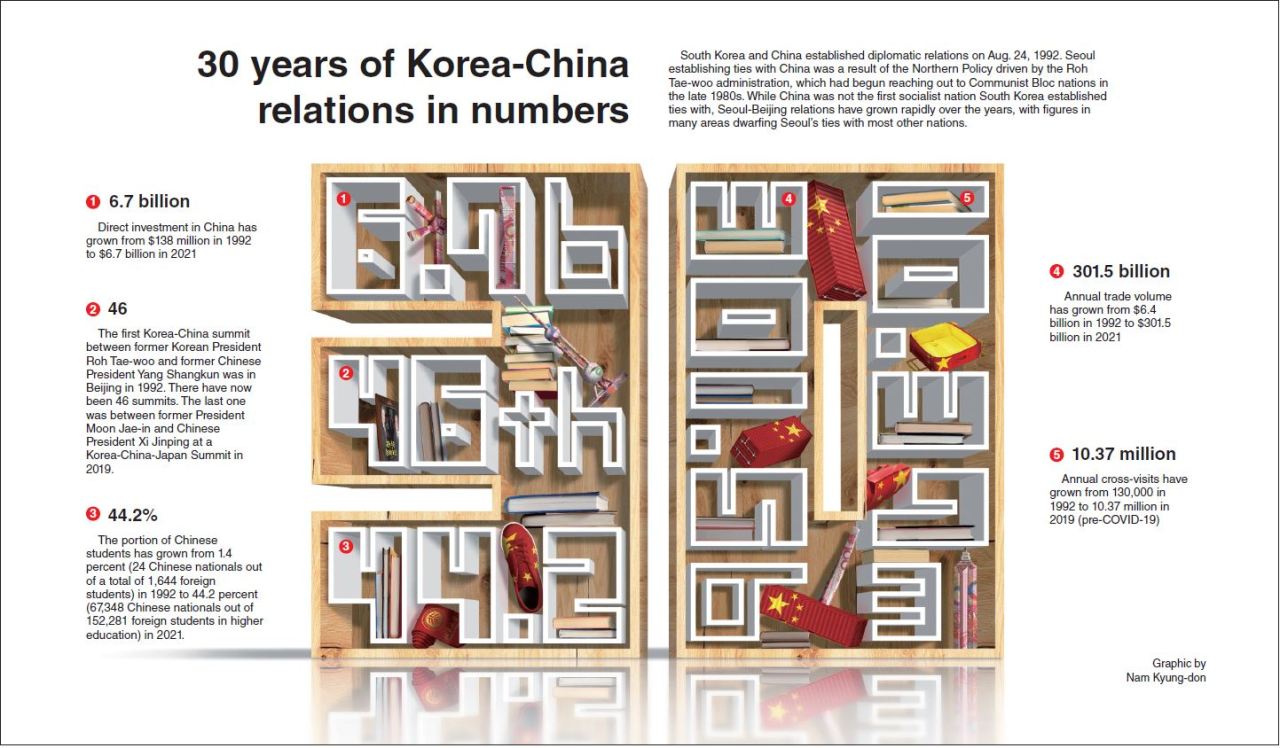 In 2000, the raw wood material industry had the highest dependency, with its outbound shipments to China accounting for 42.3 percent of its total exports. Leather and shoe manufacturing came at No. 2 with 38.8 percent, followed by petrochemicals with 33.4 percent.

Last year, South Korea was China‘s No. 4 export destination, with the latter’s shipments reaching $150.5 billion, or 4.5 percent of its total exports, according to KITA.