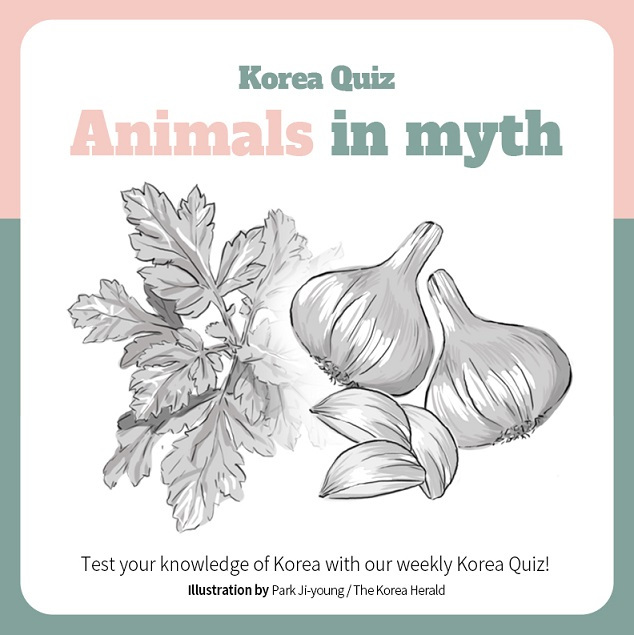 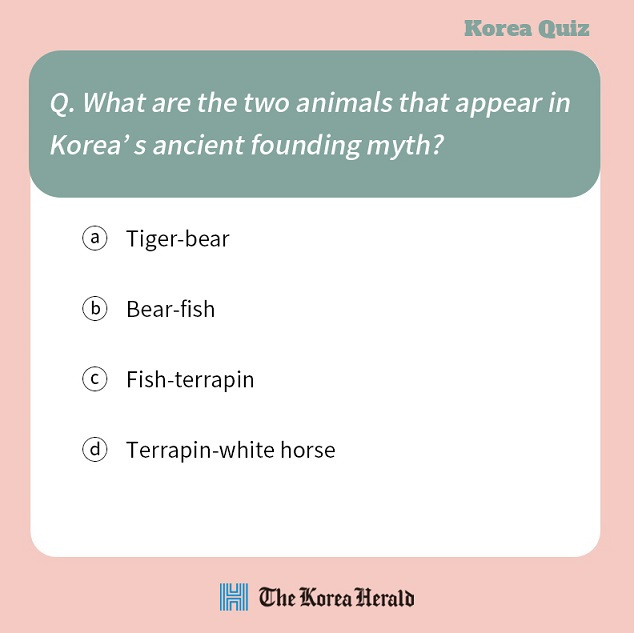 The Dangun myth tells the story of how the first Korean kingdom Gojoseon was founded in 2233 BC.


A long, long time ago, a heavenly prince named Hwanung descended on the Korean Peninsula to rule over humans. A tiger and a bear, envious of people living so happily and peacefully together under his rule, prayed and prayed with wishes to become human.

Hwanung, moved by their prayer, told the two animals to avoid sunlight and eat only garlic and mugwort for 100 days.

The tiger and bear went into a nearby cave and followed that commandment.

On the 21st day, the tiger gave up and sprang out of the cave. The bear stayed on, endured 100 days and became a woman. She later married Hwanung and gave birth to a son – Dangun, the founder of Gojoseon.


Every child in Korea grows up listening to this story of a temperamental tiger and a patient bear.

It is ironic though that tigers, rather than bears, came to be more strongly associated with Korean people and its culture, appearing in many folktales and art.

Many say the Korean Peninsula resembles a roaring tiger standing up on its hind legs.

The mascot of the 1988 Seoul Olypmics – the first major international event held in South Korea, is a tiger character known as Hodori who represented the Korean people.

For the 2018 Winter Games in PyeongChang, a white tiger and a black bear were chosen to be the official mascots.

Both tigers and bears had gone extinct in the wild. A reintroduction effort, led by the government, has brought back Asiatic black tigers. There are at least 79 bears thought to be living in Jirisan and Deogyusan National Parks, according to the Ministry of Environment.