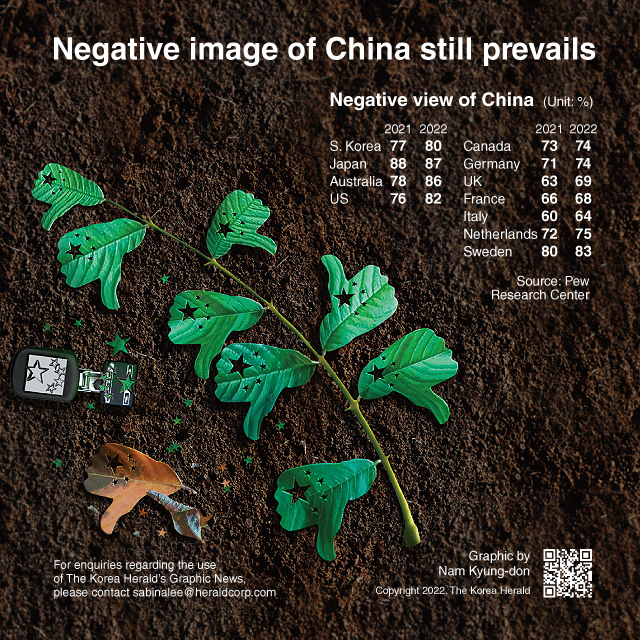 Northern powers of US, Canada and Germany saw China unfavorably as 82 percent of Americans and 74 percent of both Canadians and Germans had negative views of China as shown in the center’s surveys conducted from January to June.

The numbers turned out worse for China’s Pacific neighbors. Eighty-seven percent in Japan, 86 percent in Australia and 80 percent in South Korea expressed negative views toward the world's most populous nation.

The biggest reason for the unfavorability of China was its human rights issues as shown with the Netherlands, Sweden and the United Kingdom. Australians and Japanese said “China’s military power” bothers them most. In South Korea, people picked “China’s involvement in domestic politics” as the most serious problem and its military power the second.