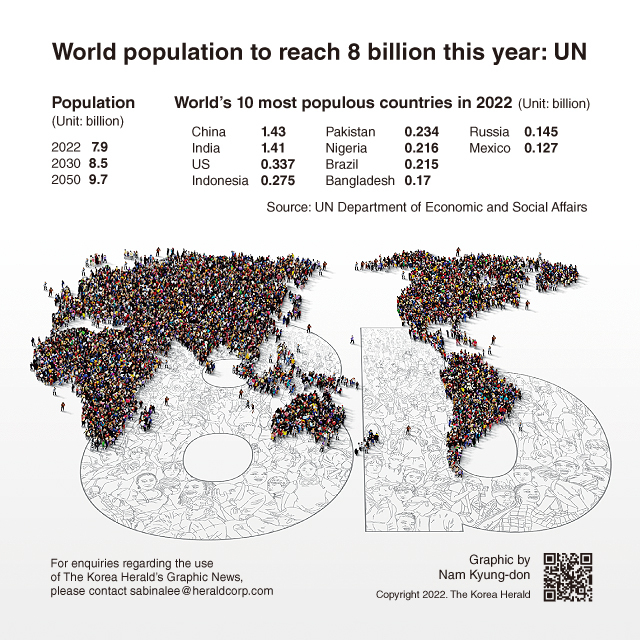 The United Nations estimated that the world’s population will reach 8 billion on Nov. 15 and that India will replace China as the world’s most populous nation next year.

In a report released on World Population Day, the UN also said global population growth fell below 1 percent in 2020 for the first time since 1950.

The report says more than half the projected increase in population up to 2050 will be concentrated in just eight countries: Congo, Egypt, Ethiopia, India, Nigeria, Pakistan, the Philippines and Tanzania.

The report, “World Population Prospects 2022,” puts the world’s population at 7.942 billion now and forecasts it will reach 8 billion in mid-November. (AP)