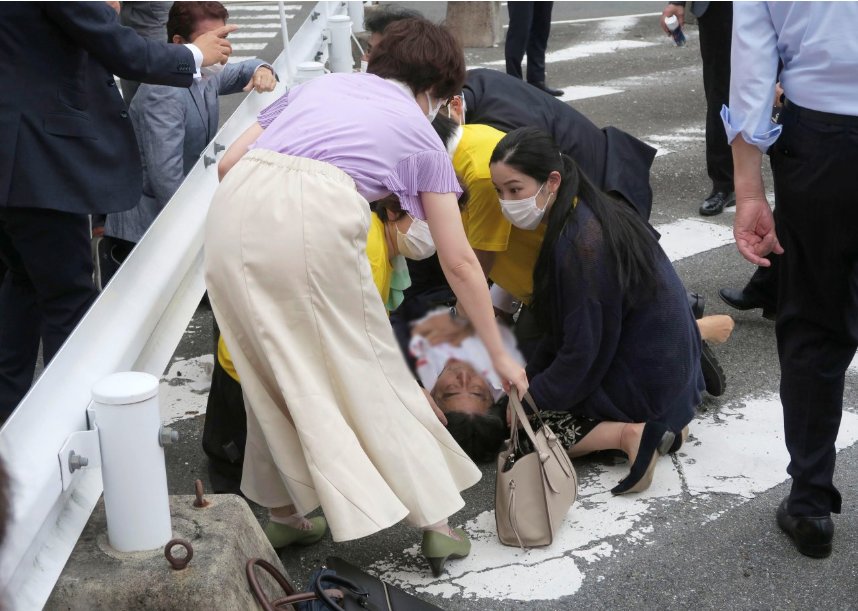 [1] Abe was immediately rushed to the Nara Medical University and was in cardiopulmonary arrest, reports at the time showed. The crime occurred only a few minutes after he started a speech outside a main train station in western Nara.

[2] People at the scene reportedly heard “something like gunshots” and saw Abe bleeding from his chest. A large amount of white smoke appeared after the second gunshot, reports show.

[3] Japanese police immediately took Tetsuya Yamagami, a male resident of the city in his 40s and former member of the Japanese Maritime Self-Defense Force, into custody as a suspect at the crime scene.

[4] All ministers, many of whom were outside Tokyo due to campaign schedules, were called to return to the capital. Chief Cabinet Secretary Hirokazu Matsuno denounced the attack as “a barbaric act” and “absolutely unforgivable,” adding “we condemn it strongly.”

[1] A Korean Air plane that departed from Turkey made an emergency landing in Azerbaijan after a defect was found in one of its engines, the Seoul-based firm said Sunday.

[2] The Incheon-bound KE9956 aircraft with 215 passengers and 10 crew members aboard landed at Heydar Aliyev International Airport in the capital of Baku, about 1 1/2 hours after taking off from Istanbul at 6:25 p.m. on Saturday (local time).

[3] A vibration sensor message emerged from the No. 2 engine on the right, and the captain immediately notified the passengers of the glitch and the change of the flight course to an airport in the closest vicinity for the emergency landing, according to the airline.

[4] No one was hurt from the incident, with passengers transported to a nearby hotel.