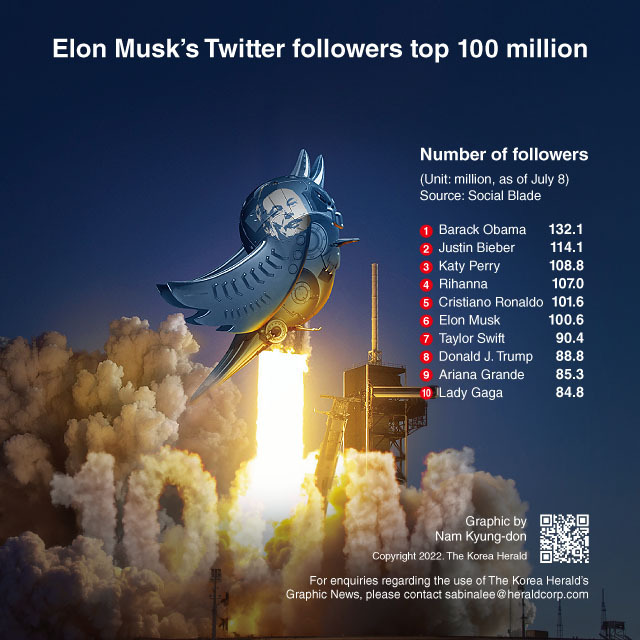 Tesla founder Elon Musk joined the ranks of celebrities who have more than 100 million Twitter followers, in early July, according to a US media tracker.

Musk had 100.6 million followers on July 8, placing 6th after former US President Barack Obama, Justin Bieber, Katy Perry, Rihanna and Cristiano Ronaldo, according to Social Blade. The business magnate’s topping of 100 million came 13 years after he opened his Twitter account in June 2009 .

With his account, the billionaire Tesla CEO has been actively promoting news on his automotive companies Tesla and Space X. He caught people’s attention when he suddenly went quiet on the platform for weeks before returning with a flurry of tweets and a photo with Pope Francis on July 1. Musk recently announced that he will abandon his tumultuous $44 billion offer to buy Twitter after the company failed to provide enough information about the number of fake accounts.