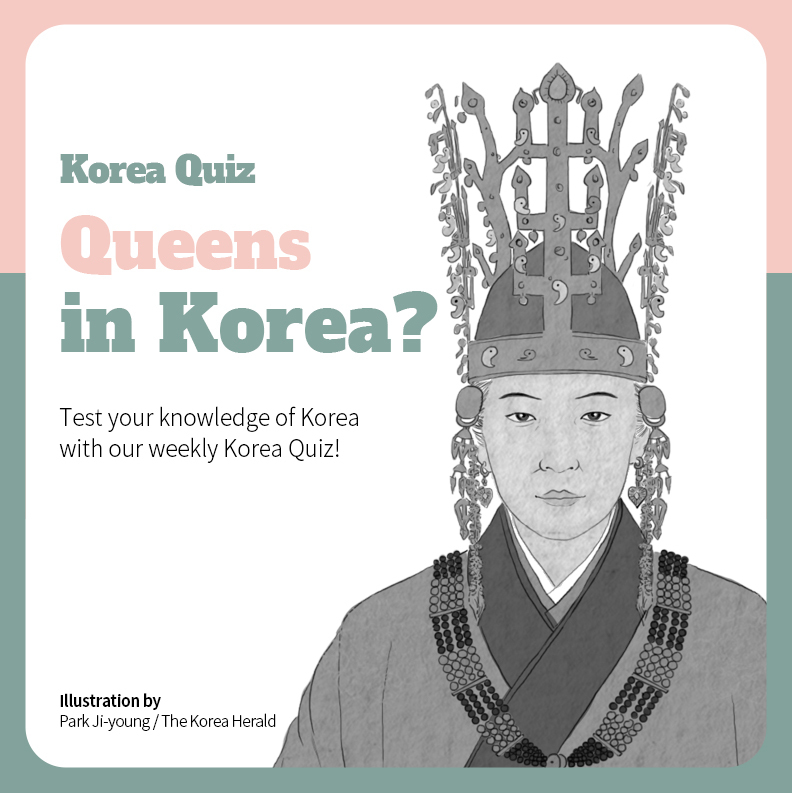 Test your knowledge of Korea with our weekly quiz on the language, culture, history or anything K-related.

Q: How many queens have ruled Korea?


Historical records show that there were at least three reigning queens in the Korean Peninsula, all during the Silla Dynasty which lasted from 57 BC to 935 AD.

The first, and most well-known of the three, is Queen Seondeok, the 27th ruler of Silla.

Although male supremacy was common across ancient East Asia in royal successions, Queen Seondeok was able to ascend to the throne because her father – King Jinpyeong – had no son to pass the crown to.

Shilla had a rigid caste system. Seondeok being a woman was only secondary to her being the “sacred bone,” or seonggol, the highest class. In order to hold seonggol status, one should be a descendent of previous kings and queens on both sides of the family, having a full royal blood line.

In 647, Seondeok was succeeded by her niece who became the second known reigning queen of Shilla – Jindeok.

It was more than two hundred years later, in 887, when the dynasty saw another woman, Jinseong, rise to the throne.

After Queen Jinseong, no female ruler emerged in the peninsula for over a millennium.

During the Joseon Dynasty, the last and longest monarchy here, Confucianism became the dominant ideology. One of its main characteristics was that it instilled the concept of male superiority over female.

Women at this time could not participate in social activities or take state exams to enter government service. They were not entitled to be a head of a family, even if they were the only adult in their family. In this backdrop, a woman reaching the pinnacle of power was a non-starter.

In modern-day Korea, women have equal rights. As for female leadership, the country seemed to have taken a major step in 2012, when it elected Park Geun-hye, a woman, as its president.

Despite expectations that her rise to power, nearly 1,200 years after Queen Jinseong, would herald a new era for women and democracy in the country, she met a premature and forced exit from the office, following impeachment over a massive corruption scandal.