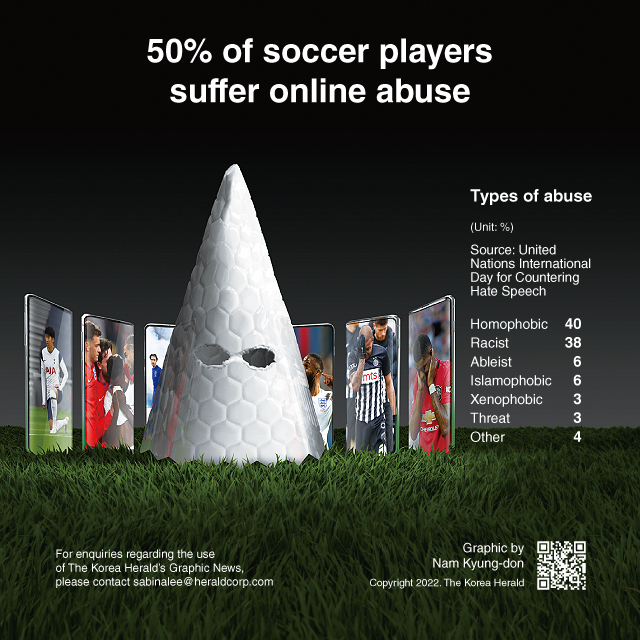 More than half of soccer players playing at the European Championship and African Cup of Nations suffered online abuse, a study published by FIFA revealed.

Much of the abuse came from fans of the players’ home nations.

“Homophobic (40 percent) and racist (38 percent) comments provided the majority of the abuse,” said the independent report published to coincide with the United Nations International Day for Countering Hate Speech.

Using artificial intelligence to track over 400,000 posts on social media platforms during the semifinals and finals of Euro 2020 and the 2021 African Cup of Nations, “over 50 percent of players received some form of discriminatory abuse.”

FIFA said with the World Cup in Qatar just five months away, they will work with the international players union, FIFPRO, to implement a plan on how to protect players from abuse on social media. (AFP)