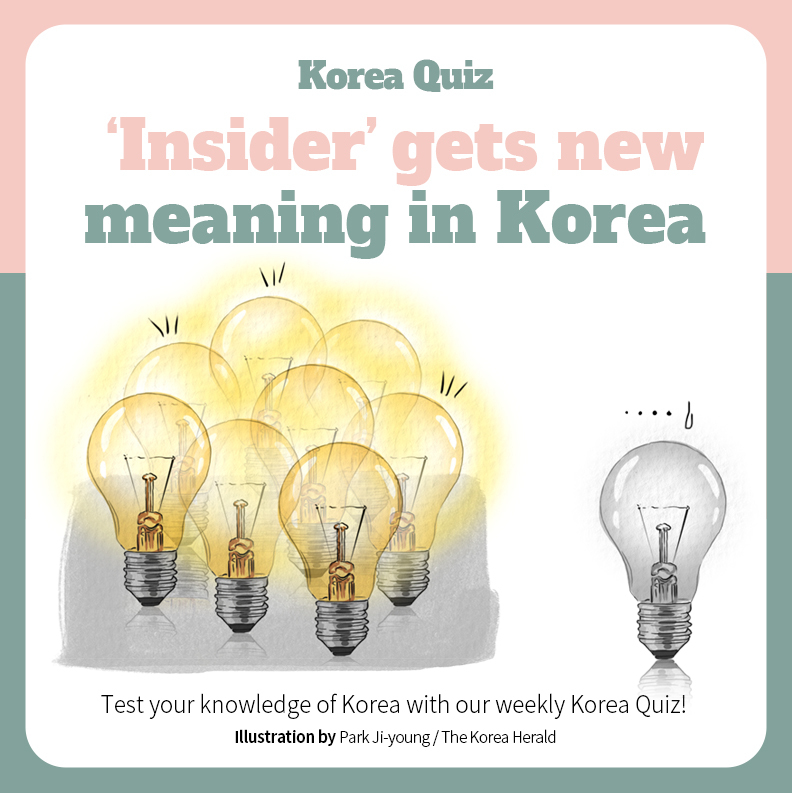 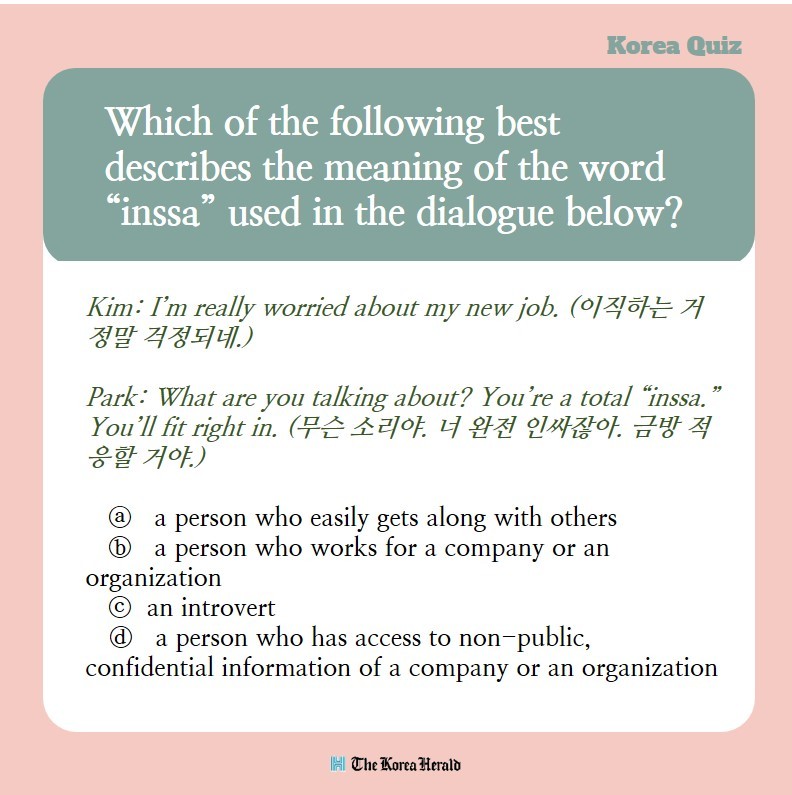 
“Inssa” refers to those who are very social and active throughout all manners of social activities, whether it be making friends or taking initiatives at work, school or in whatever group they may be part of. It is derived from the English word insider.

Its antonym is “assa,” from outsider, and it refers to a person who is not accepted as a member of a particular group and feels isolated or different from those who are accepted.

Coined by young people in the late 2010s, these two words are used as polar opposites in Korea in reference to a person’s interpersonal and networking skills.

As in cases of most words originated from the cyberspace, their exact applications vary depending on the situation. While the initial meaning of inssa is close to a socialite in English, it can also refer to those who are charming, talkative, and generally equipped with qualities that make him or her attractive to others. Assa, on the other hand, can incorporates meanings of a loner or an outcast.

By borrowing the two English words and giving new nuances to them, people here have invented phrases that capture widely-held sentiments surprisingly well.

One of them is “inssa who is voluntarily assa,” which refers to one who has the qualities of a socialite but chooses not to engage in social activities. A refusal to sacrifice one’s personal space for “meaningless” relationships at work or others is considered one of the key characteristics of younger generations in Korea, where personal connections have long been considered key to success.

Another example is “assa who wants to become an inssa,” which captures a sentiment similar to FOMO or the fear of missing out and has led to numerous online tests that claims to tell whether you are an inssa or not.