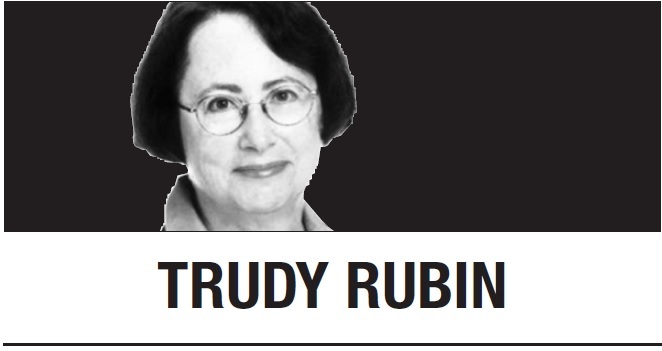 It has been almost one year since the ugly US departure from Kabul. Yet tens of thousands of Afghans who were promised special immigrant visas (SIVs) -- meant for those who worked for US soldiers and civilians -- remain trapped under terrifying Taliban rule.

Even for those eligible for SIVs, it could take years -- if ever -- to be issued one, given the glacial pace of the process. Hunted by name by the Taliban, many applicants may be dead or imprisoned long before their number comes up.

As the United States (rightly) rolls back bureaucratic red tape to welcome Ukrainians as temporary refugees, it is shameful to abandon those Afghans to whom we made promises.

“We left far too many behind,” I was told by Rep. Seth Moulton, D-Massachusetts, a veteran of the Iraq War, who has been at the forefront of pushing for legislation to speed up the process. “It is taking far too long to save people who are depending on us.”

Contrary to popular belief, many of the roughly 120,000 Afghans evacuated from Kabul Airport during the chaotic US exit were not those who were promised SIVs. Large numbers of them were people who managed to push their way into the airport or had connections with the US or Afghan military inside the airport.

Other lucky Afghans were rescued by impromptu operations organized by networks of US humanitarian organizations, journalists and US military veterans.

To recall those desperate days in August, I highly recommend the forthcoming book “The Fifth Act: America’s End in Afghanistan,” due out Aug. 9. Its author, Elliot Ackerman, a decorated veteran of five tours in Iraq and Afghanistan, was drawn into one of those rescue networks. He brilliantly describes the harrowing rescue efforts, which he ties into the larger tragedy of the Afghan War.

“Everyone scrambled to get out people they knew,” Ackerman told me last week, referring to operations by US veterans.

“The people who got out had the right contact list on their cellphone,” he added. “US military veterans were being asked to play a Schindler’s List game, deciding who gets help and who gets left behind.”

Betraying the SIV applicants, says Ackerman, is a “betrayal of our values. We could expedite the visa process. But the administration just wants the SIVs to go away, allowing infinitesimal numbers in.”

The numbers certainly support that conclusion. The State Department estimates that as many as 160,000 Afghan allies along with immediate family members are eligible for SIVs, according to a Politico report. The eligible group -- including military translators, left-behind embassy staff, staff for USAID projects and techies who helped US contractors -- doesn’t even include the many thousands more judges, prosecutors, women’s rights activists, and journalists who worked on US-funded projects but aren’t eligible for SIVs.

Yet State Department flights -- which the Taliban still allow to depart from Kabul Airport -- evacuate only around 350 Afghans weekly; all evacuees must have SIV applications that are in the final stages of processing. They are flown to Doha in Qatar for final processing before admission to the US.

That leaves untold thousands of Afghans under severe Taliban threat because they were closely associated with Americans; their names are often on electronic employment lists that the Taliban retrieved.

One example is a family I’ve been trying to help who is headed by a leading Afghan judge with stellar credentials and a recommendation by a US general he worked with. The general’s support has not accelerated his case.

The Taliban is searching for the jurist, so he and his family are living in hiding, the children unable to go to school, and the family fearful even to go outside to shop for food. Their money is running out. Three family members are SIV-eligible, including a women’s rights activist, yet they are all only at the beginning of the visa process. The family is in such danger that I cannot use their names.

Another option that should be available to the jurist’s family -- which is now being used to expedite the arrival of Ukrainian refugees -- is humanitarian parole status, which waives normal visa requirements and allows a temporary stay in the US. Under this option, Ukrainians fleeing the Russian invasion can remain in the US for two years if sponsored by relatives or other US citizens.

“In the Ukrainian case,” I was told by Adam Bates, a lawyer with the International Refugees Assistance Program, “the administration did workarounds to let previously unknown Ukrainians enter in weeks. Why not let known Afghans in?” If sponsors were needed, many US veterans could be found to host their former Afghan translators while they waited for SIV approvals.

Yet, according to Moulton, of around 45,000 Afghan applications for humanitarian parole, 2,500 have been considered and denied, and only around 270 conditionally approved.

The different treatment of Ukrainians and Afghans can’t be attributed simply to red tape in processing the latter.

True, there is a pressing need to simplify the overly complex SIV process and to increase the number of processing personnel, but nothing will truly change without specific direction from the White House.

“When you look at how fast the Ukrainian situation was put in operation,” said Bates, “I don’t know how you can justify the Afghan situation. There is a lack of will to get this done coming from the White House.”

“The Ukrainian situation shows what happens when the administration is truly committed to processing admissions,” Bates said. “Where there is a will, there is a way.”