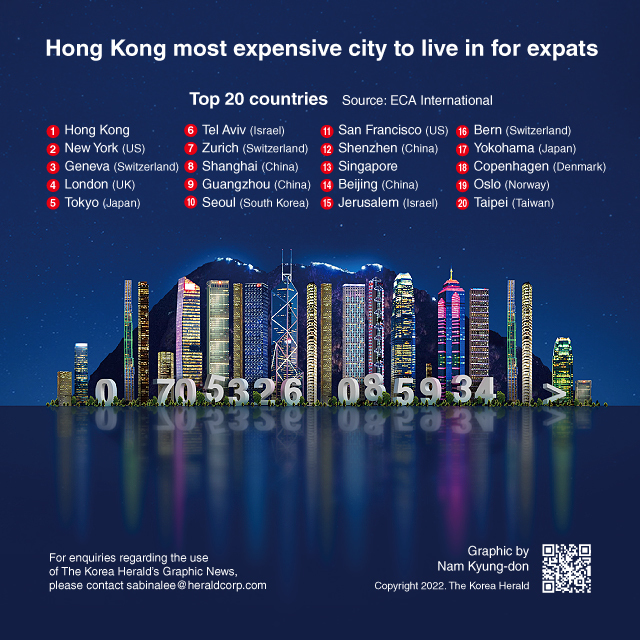 Hong Kong is the world’s most expensive city to live in as an expat for the second year in a row, according to a new study. New York and Geneva took second and third place in the rankings.

Higher prices and a stronger currency over the past year kept the Asian city at the top of the tree, according to ECA International, which carried out its research in March this year. London and Tokyo round out the top five.

ECA International analyses the cost of consumer goods and services in more than 490 locations worldwide, while accommodation data is also factored in, comparing rental costs in areas typically inhabited by expatriate staff in over 410 locations worldwide. (Bloomberg)