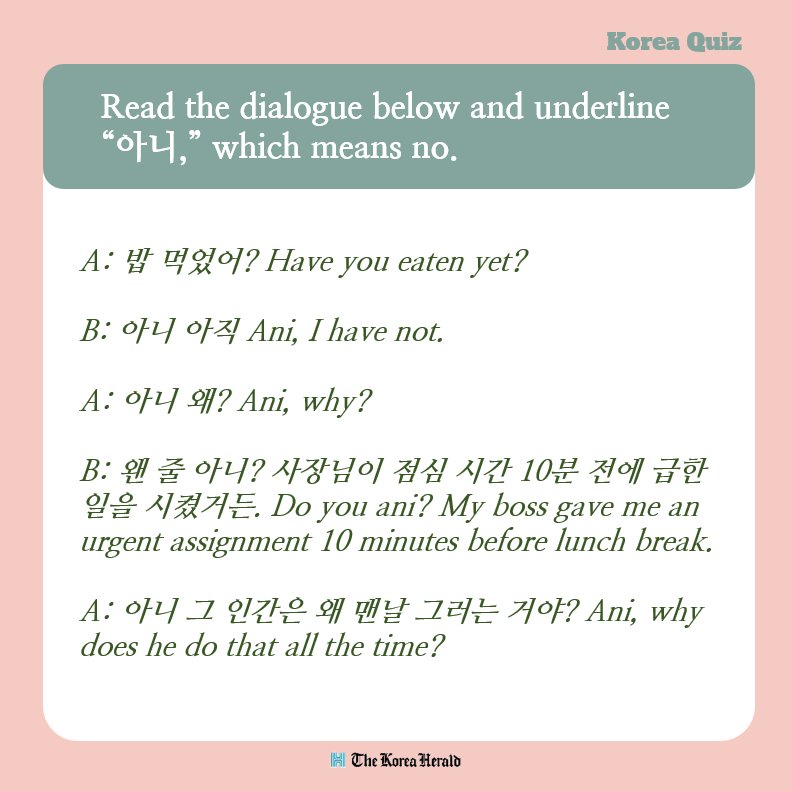 Answer: 아니 아직 Ani, I have not.

“Ani,” which usually means “no” in Korean, may be one of the most versatile expressions in the Korean language.

The most common usage of “ani” is as an exclamation you say in order to disagree. You can say “ani” as the response to a question or to correct a statement someone said to you.

But bear in mind, you would say “aniyo” to someone older or senior in rank, as well as strangers to be more polite. So if someone is using honorifics, make sure to say “aniyo” instead of just “ani.”

The word has several other meanings too. For example, it can be used as an adverb, similar to “even” or “no way” in English, to express surprise or indicate that something is extreme. Think of encountering an item in a shop with a hefty price tag, for example. You can also say the word when you eat food that tastes amazing, and you want to convey disbelief in a witty way. In this situation, “ani” does not mean “no.”

This is not to be confused with the “ani” that comes at the end of a question, which is the informal, interrogative form of the verb “alda,” which means to know. Usage expressions include “너 그거 아니?” meaning, “You know what?”