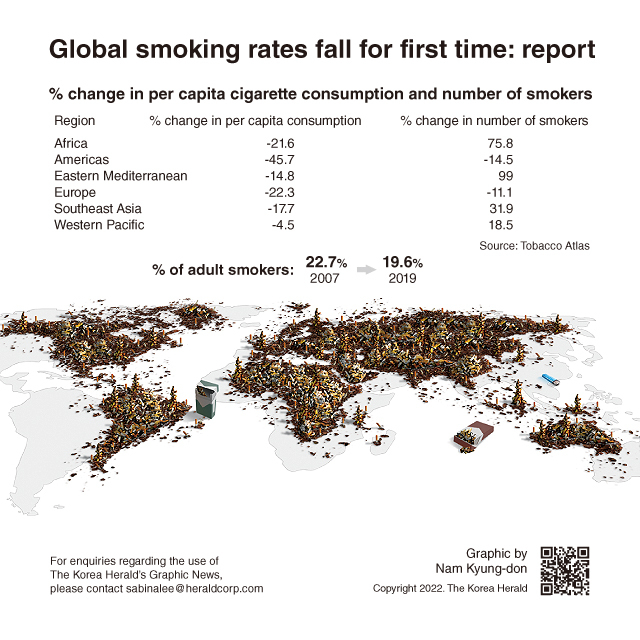 Smoking rates have declined globally for the first time on record, according to a new report on tobacco use from a public health campaign group and US academics.

However, the figures from the Tobacco Atlas report - described as a potential tipping point by the authors - also mask growing numbers of smokers in parts of the world, as well as increased tobacco use among young teenagers in almost half of the countries surveyed.

Globally, there are 1.1 billion smokers and 200 million more people who use other tobacco products, the report from Vital Strategies and the Tobacconomics team at the University of Illinois at Chicago found.

However, population growth in Africa, the eastern Mediterranean and the Western Pacific regions meant there were still increasing numbers of smokers in a number of areas, the report said. (AFP)