His iconic action noir “Oldboy,” indelible in the memory of many for the much-talked-about live octopus eating scene, brought him the Grand Prix in 2004, while horror film “Thirst” earned him the Jury Prize in 2009. 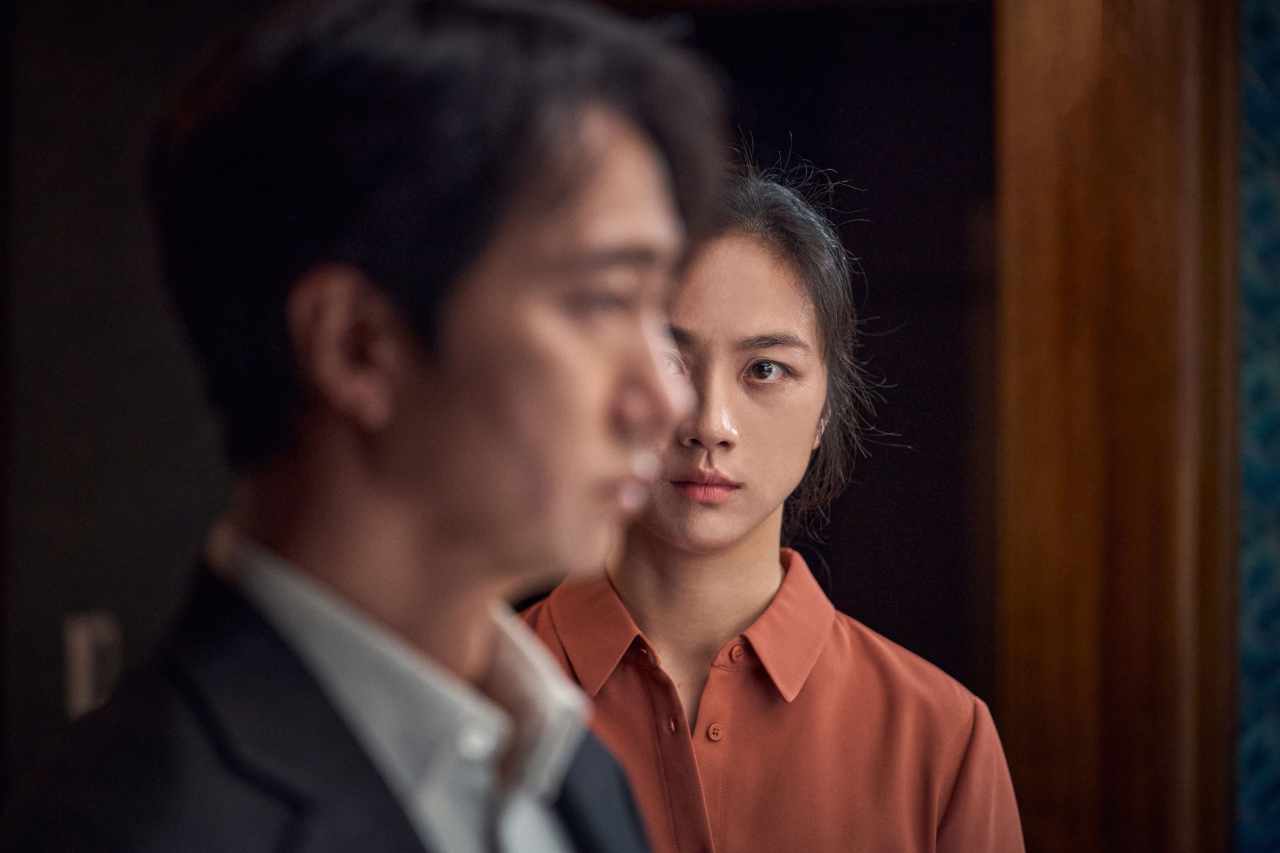 "Decision to Leave" (CJ ENM)
Marking his 30th anniversary of his debut with the noir film “The Moon is What the Sun Dreams of” in 1992, the 58-year-old director also became the second South Korean director to win best director, following the legendary filmmaker Im Kwon-taek who won for his drama film “Chihwaseon” (2002).

Park, who led the heyday of the South Korean film industry in the early 2000s with renowned directors, including Cannes-winning filmmaker Bong Joon-ho and Im Kwon-taek, caught the attention of cinema fans with his vengeance trilogy -- “Sympathy for Mr. Vengeance” (2002), “Oldboy” (2003) and “Sympathy for Lady Vengeance” (2005).

After earning global recognition by competing at the Cannes Film Festival and Venice Film Festival, Park made his English-language debut in 2013 with another thriller film “Stoker,” starring actors Mia Wasikowska and Nicole Kidman, among others.

In 2017, Park’s relationship with the Cannes Film Festival continued when he was selected to sit on the 70th edition of the festival jury.

Park continued to work abroad, involved in the remake of director Bong Joon-ho’s “Snowpiercer” into a television series, and directed six-part series “The Little Drummer Girl” that aired on BBC One in 2018.

Prior to the Cannes Film Festival, the director surprised fans by unveiling a short martial arts fantasy film “Life is But a Dream,” filmed with Apple iPhone 13 Pro, in mid-Febraury.

Following his first iPhone film “Night Fishing” in 2011, Park has shown interest in how the movie industry can greater develop.

“I wanted to make a new short film with a device equipped with advanced technology again. For future directors, smartphones can be a great tool to experiment with camera angles,“ Park said during a press conference held in February.

Many of Park’s fans have their eyes on his upcoming HBO drama “The Sympathizer,” starring Robert Downey Jr. and Amazon Studio’s Western thriller “The Brigands of Rattlecreek.”