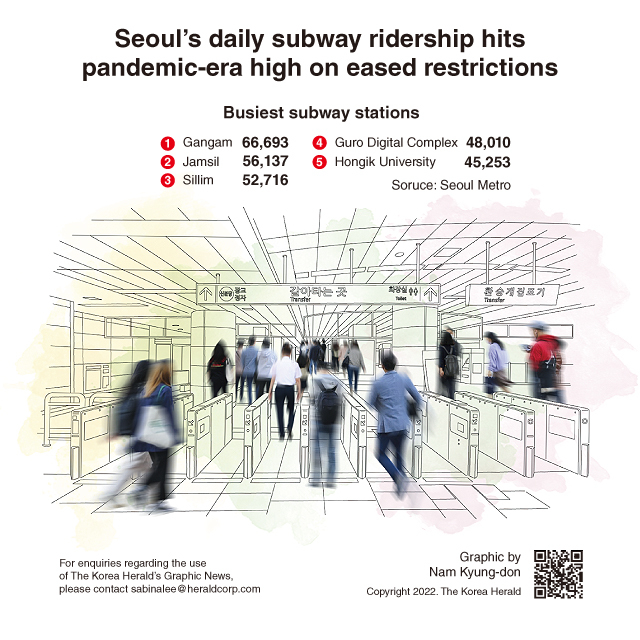 The daily number of riders on the Seoul subway system breached the 7 million mark for the first time in 1 1/2 years, data showed, partly on the back of rollbacks of COVID-19 restrictions.

According to the data from Seoul subway operator Seoul Metro, 7,210,000 people rode subway trains in the capital city on April 29, marking the most single-day riders since Oct. 30, 2020.

Starting on April 18, the country removed most of its pandemic restrictions, including a 10-person limit on private gatherings and a midnight curfew at restaurants, coffee shops and bars. (Yonhap)